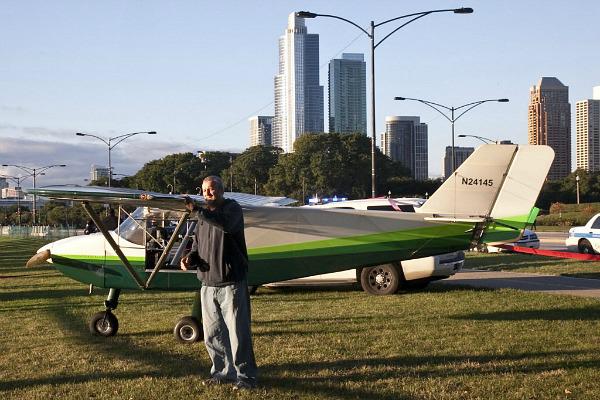 Landing at an airport was not an option, so Chicago’s scenic and busy Lake Shore Drive had to do. That’s how 51-year-old pilot John Pedersen explained his decision to make an emergency landing of his airplane along the drive early Sunday morning after it developed mechanical problems.

“I thought the plane was going to break apart, so I just had to put it down,” said Pedersen as he stood in a grassy area near the lakefront trail. Firefighters pushed the small experimental aircraft, a Rans S-6 Coyote II, there after it touched down, according to the Chicago Fire Department.

Pedersen had been taking a leisurely cruise over the lakefront flying east from Schaumburg Regional Airport in northeastern Illinois. Suddenly the plane started shaking violently after the elevator on the plane broke loose. The elevator, part of the plane’s stabilizer, enables the tail to go up and down. Pedersen said he could see it flying around.

For the complete story by the Chicago Sun-Times, click here.