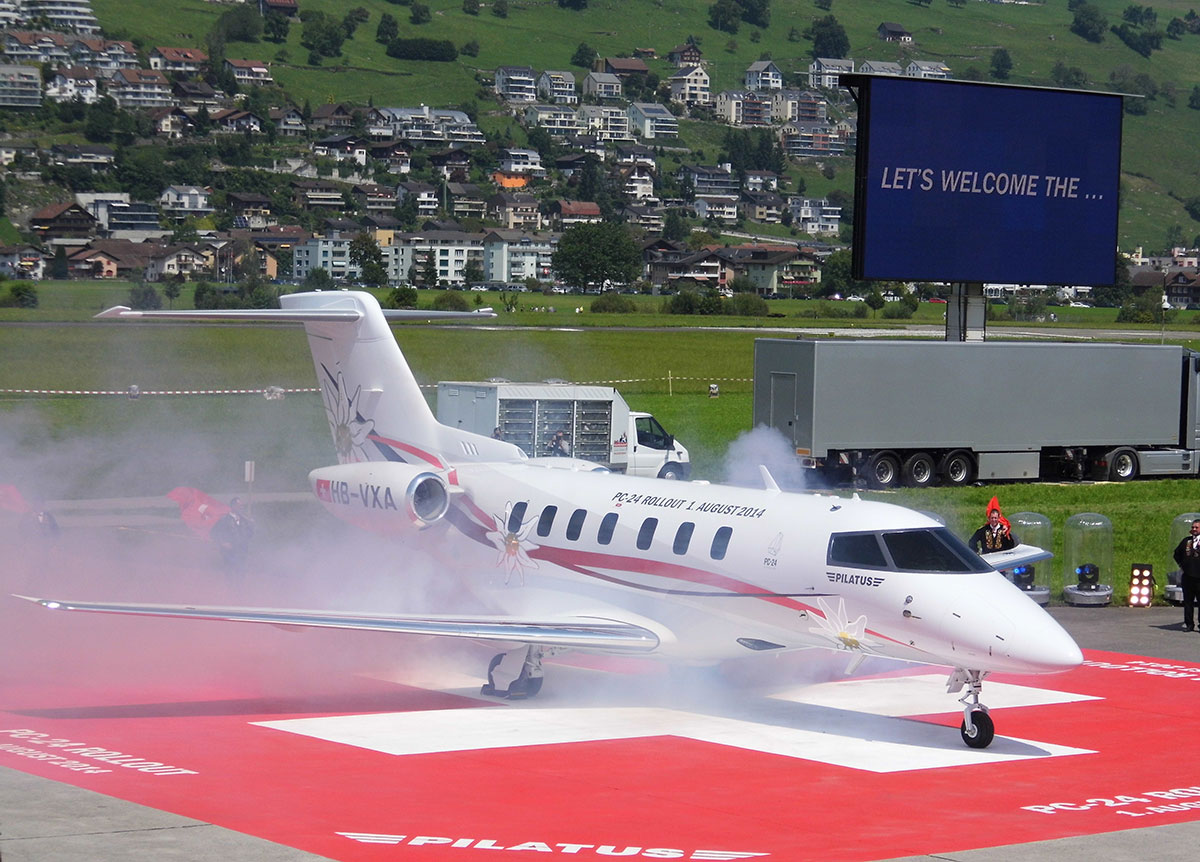 To great fanfare, Pilatus rolled out its new PC-24 “Super Versatile” jet on Friday at its home airfield of Buochs, near the town of Stans in central Switzerland. The prototype of the twin-engine business and utility jet was pulled across the runway by 24 horses before coming to rest on a giant Swiss flag painted on the apron, in front of a grandstand with 1,000 VIPs and another 24,000 people.

The Williams FJ44-4A-powered aircraft is sold out for its first three years of production. All orders were announced (84 aircraft) at EBACE in May. During a factory tour, and again at the rollout, Pilatus made it clear that the order book for the $8.5 million twinjet is closed, at least until after first flight, which is expected early next year.

A second prototype will be ready in the February time frame, with the third expected to come online about this time next year. Certification is scheduled for 2017.

For the complete story by Ian Sheppard of AINonline, click here.