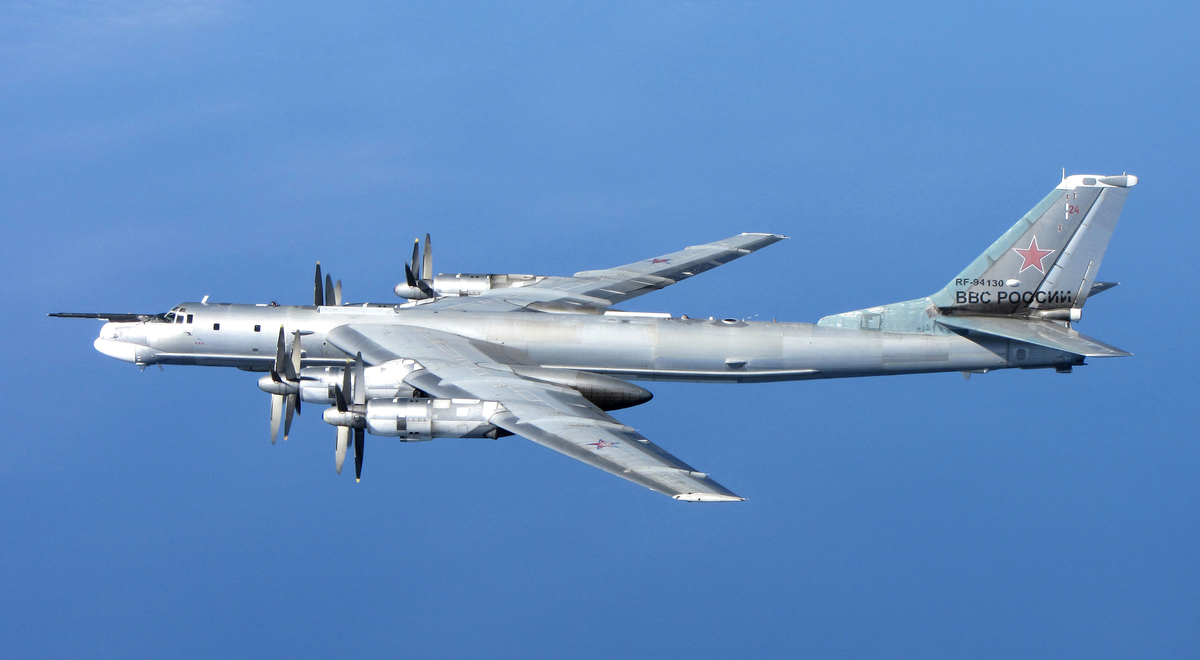 The UK Ministry of Defense has released stunning pictures of the two Russian surveillance planes that were detected off the coast of Scotland on Wednesday, causing the RAF to scramble Typhoon fighters. The RAF Typhoon Quick Reaction Alert aircraft were launched from RAF Leuchars, encountering the two Russian Tupolev Tu-95 Bear aircraft as they approached the NATO Air Policing Area north of Scotland. The Russian craft were on a routine training sortie in international airspace.

“We intercepted and flew within visual range and identified them as Russian Tu-95 ‘Bear H’ aircraft. We monitored their progress, including handing them over to Danish F-16 QRA aircraft as the Bears flew towards Denmark, then continued to monitor them as they returned and then departed towards Norwegian airspace. During the sortie we air refuelled from a RAF Voyager aircraft, from RAF Brize Norton, to increase our airborne endurance. Intercepting Russian Bear aircraft is a routine occurrence for us, it’s what we do to maintain UK Sovereign airspace.”

Photo by the Ministry of Defense