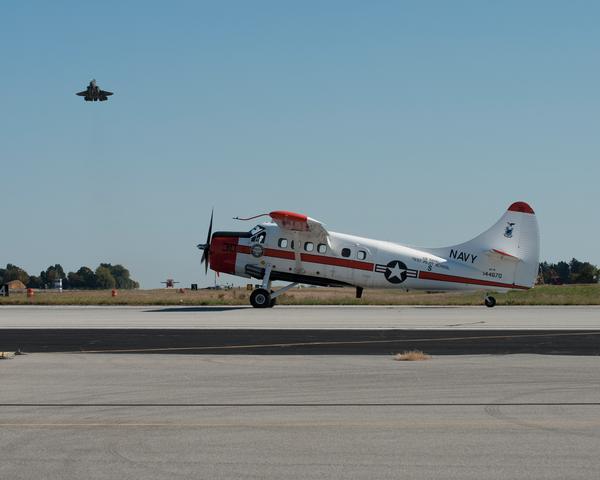 The NU-1B is the only military Otter in the world and the Navy’s oldest aircraft. It saw duty in Antarctica ferrying personnel and supplies to the South Pole until 1966 when transferred to the Navy’s Test Pilot School. The F-35B is the variant of the Joint Strike Fighter designed for use by the U.S. Marine Corps, as well as F-35 international partners in the United Kingdom and Italy. The F-35B is capable of short takeoffs and vertical landings to enable air-power projection from amphibious ships, ski-jump aircraft carriers and expeditionary airfields. The F-35B is undergoing flight test and evaluation at NAS Patuxent River, Md., prior to delivery to the fleet.