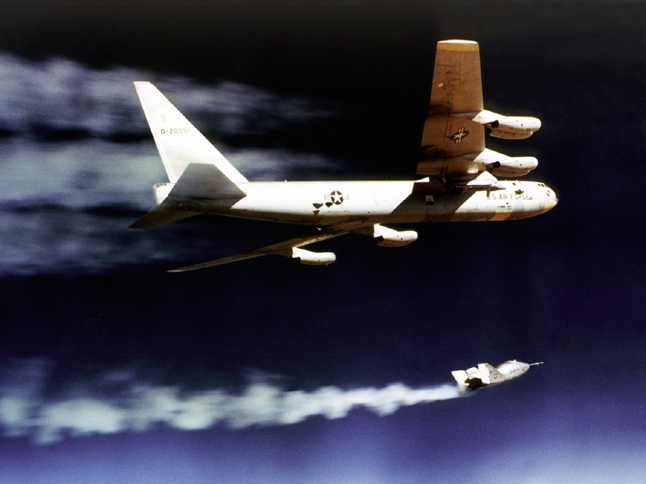 In this historical photo from the U.S. space agency, the X-24A lifting-body research aircraft begins its rocket-powered flight after being launched from the wing of NASA’s B-52 mothership during a 1970 research flight.