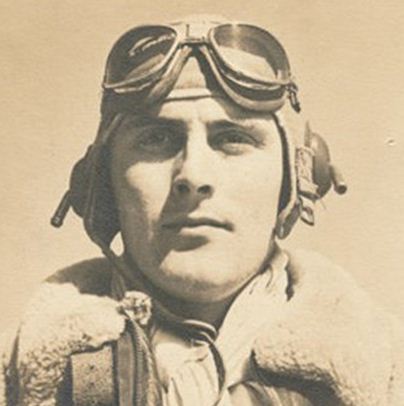 In memory of Pearl Harbor, as she does every Dec. 7, Elizabeth Sanders Smith will place a photo of her husband outside her front door. Her childhood sweetheart in Syracuse was W. Snowdon Smith III, whose grandfather built the famed Snowdon apartments. In October 1941, Elizabeth traveled by train to Utah, where Snowdon served in the Army Air Corps. They were married by a justice of the peace.

On a brief honeymoon in Sun Valley, Idaho, they stopped at a restaurant to eat dinner — and Gary Cooper and Ernest Hemingway were at a nearby table.

Within a month, Snowdon left on a secret assignment. Elizabeth came back to Syracuse, to stay with her parents. She was listening to the radio on Dec. 7 when she heard the first reports of the Japanese surprise attack.

“I had the same concern everyone had, but I had no idea (Snowdon) was anywhere near the Pacific,” Elizabeth said. After a week, she received a government telegram stating Snowdon had been “slightly injured” at Pearl Harbor. If that was both a shock and a relief — a telegram, after all, often carried much worse news — the world turned upside down a few days later.

A second telegram informed her that doctors had to amputate Snowdon’s leg.

“His mother totally, totally, totally lost it,” Elizabeth recalls. “She threw herself on the floor and was terribly upset. There was nothing for me to do but to be strong after that.”

Seventy years later, at 95, Elizabeth lives in a retirement community in Saratoga. She paints. She does yoga. Her mind is razor sharp. Snowdon, she said, died in 2006, a guy never embittered by a lifetime of pain. As a young man, he was determined to make it as a pilot. After the Army told him his eyes weren’t good enough, he would sit for hours in the dark, doing “eye exercises” that he believed would help his vision.

Thanks to his tenacity, he earned his wings. Just after marrying Elizabeth, amid rumors of coming war, Snowdon volunteered to fly a classified mission above the Japanese-controlled Micronesian islands. The journey required a December layover at Pearl Harbor’s Hickam Field. Through sheer chance, Snowdon was in the crosshairs of the attack. Much later, when he returned to Syracuse for a parade, he gave reporters this account:

“That day we got up early to check (our plane) …. The first bomb landed about 75 yards away, on the mat. It threw big chunks of concrete in the air and all of us, about 20 on the field, ran for shelter. Many of them ran into the hangars. I at least had sense enough not to do that. Later (enemy fighters) dropped two bombs on the hangars and the others were all killed.

“It was the second bomb that dropped right next to the ship. A fragment took my right leg off. I got some lead in my left leg and some scalp wounds. I used my belt as a tourniquet, and then I took pot shots at the (Japanese) with my .45. That’s all I could do. I waited for two hours with the tourniquet on my leg until they picked me up, and that’s all there was to it.”

What he didn’t mention was his ordeal on the operating table. Elizabeth said the doctors hoped to save his leg above the ankle. The operation failed, as did several other procedures, until the surgeons made one final incision above his knee.

For two years, Snowdon was hospitalized in San Francisco. Elizabeth lived close by, near the sea. Her husband wanted to return to the air — he saw no reason why he couldn’t fly without a leg — but the Army refused. Promoted to captain, Snowdon served on the ground in the Pacific theater. Once the war ended, he and Elizabeth settled in Manlius.

As for Pearl Harbor, Snowdon “never talked about it much,” Elizabeth said. They raised three children while her husband was elected to three terms as Onondaga County clerk. Snowdon, whose pain never fully went away, became an advocate for veterans who’d lost limbs during the war, “an instigator in terms of getting a movement started for better prosthetics,” Elizabeth said. That passion made him part of what Elizabeth describes as an extraordinary White House moment:

On April 17, 1947, Snowdon and a group of disabled veterans stripped to their underwear in the Oval Office, helping President Harry Truman to understand the inadequacies of their artificial limbs. For a time, Snowdon worked as a specialist in that field, until he and Elizabeth decided to run a gift shop at Cape Cod. Their final stop was Saratoga, much closer to the families of their three grown children. Snowdon is buried there in a national cemetery.

While Elizabeth knows the usual theme for Dec. 7 is “eternal vigilance,” her interpretation is a bit different. She was a first-hand witness to profound suffering, but she hopes her great-grandchildren will understand what it created: Americans of the time, in Elizabeth’s view, owned much less but cared far more about their neighbors. They had to sacrifice, yet in some deep way seemed happier.

In a “me-first” nation, she calls us to those lessons from Pearl Harbor.