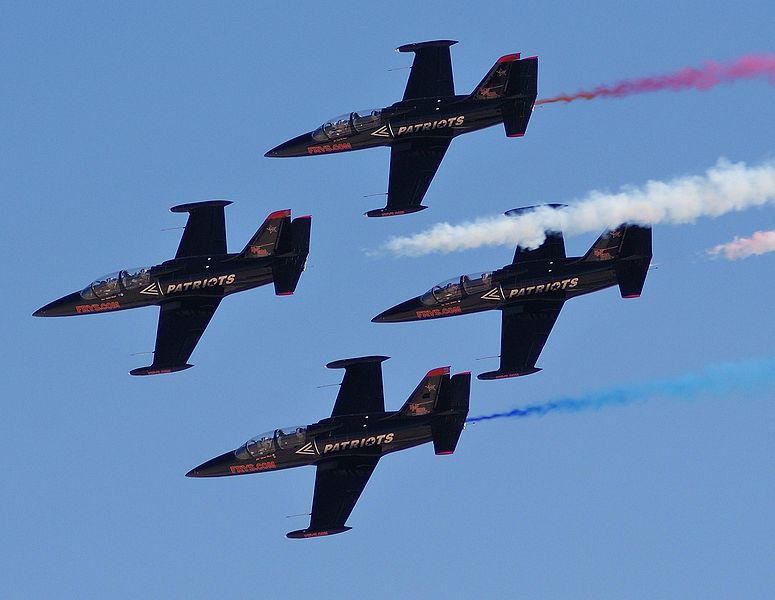 The way Mojo tells it, a tail slide sounds harrowing.

“The jet goes vertical,” he says, demonstrating with his hand angled up at the sky. “Then the engine stops, and the plane starts flying backward” in a free fall. Mojo, also known as Jeff Jess, is a support pilot and ground-crew member for the Patriots Jet Team, which will perform over Lake Washington near Seattle, Wash., in place of the popular Blue Angels during this weekend’s Seafair festivities.

When federal-government sequestration loomed, Seafair President Beth Knox said, she immediately booked the Patriots for the next two years, in case the Blue Angels weren’t available. If both teams could have flown this year, they would have. Knox is holding out hope they will next year.

For the complete story by Colin Campbell of The Seattle Times, click here.