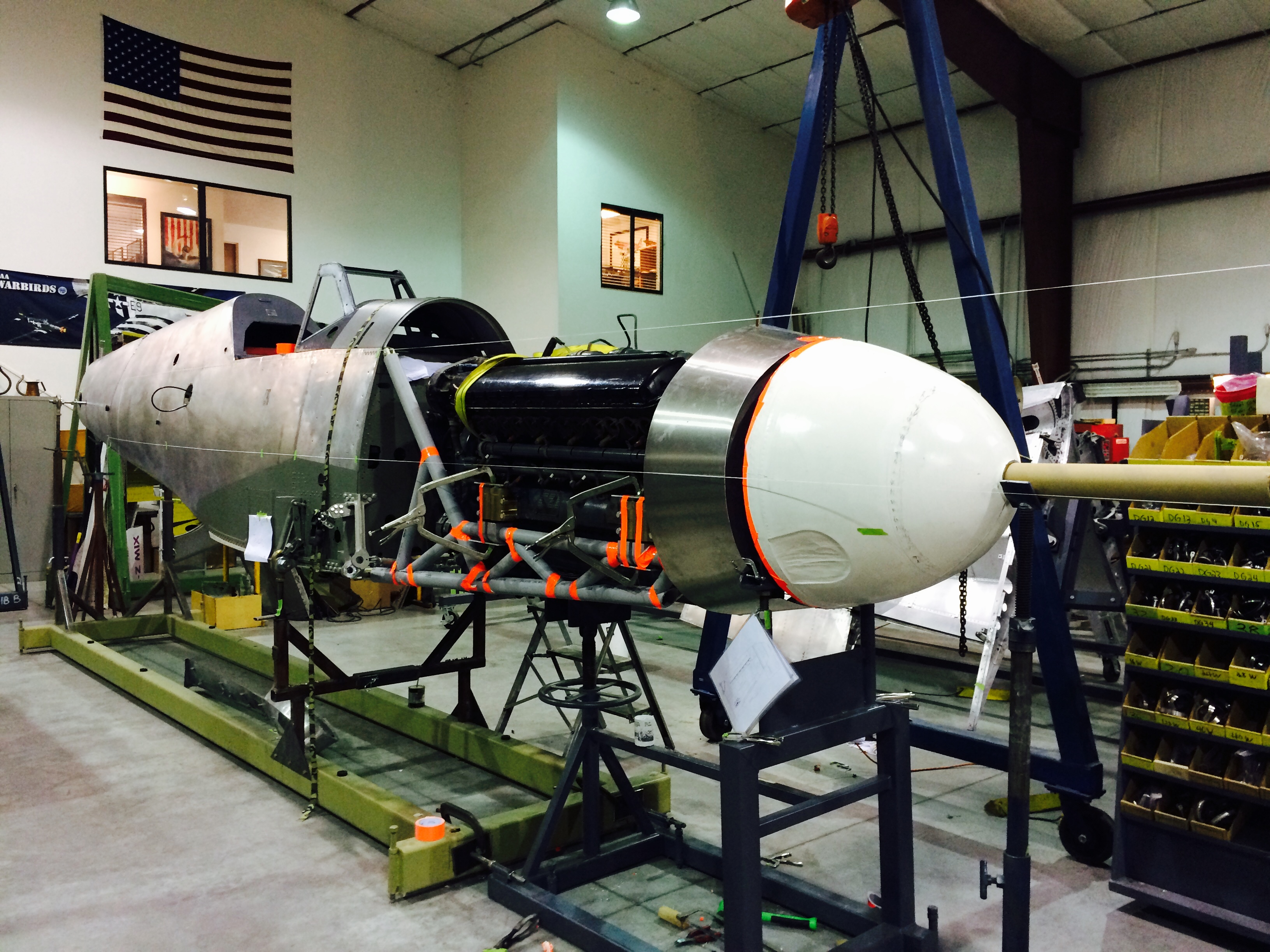 Not content to sit on their laurels following the marvelous restoration of the North American P-51B Mustang “Berlin Express,” Pacific Fighters is now hard at work on the restoration of Hispano Buchon C.4K-130 for Jack Erickson’s collection in Madras, Ore.

The aircraft is one of a couple of dozen examples which Group Capt. Hamish Mahaddie acquired from the Spanish Air Force during the 1960s to serve as substitutes for their earlier cousin, the Messerschmitt Bf 109, in the movie “Battle of Britain.” After the movie shoot was complete, one of the pilots, the legendary Wilson “Connie” Edwards acquired the bulk of the remaining airframes, shipping them to his ranch in Big Spring, Texas.

Over the years, Edwards parted with most of the Buchons, selling the final six examples just recently. Jack Erickson bought his Buchon from Edwards back in 1989, and it’s been on static display at his museum for most of the intervening years.

Photo by Pacific Fighters via WarbirdsNews.com