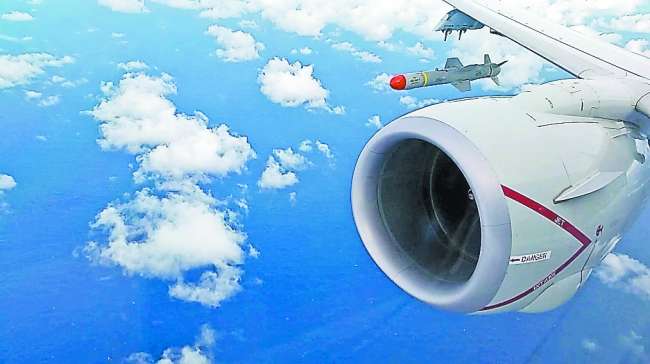 The missile shot was comprised of a P-8A-launched AGM-84D Harpoon missile and a JMSDF P-3C- launched ATM-84D Harpoon telemetry missile. The result was a successful strike against a surface target – with both missiles arriving simultaneously.

The challenging exercise displayed the P-8A Poseidon’s ability to coordinate with a foreign asset to deliver air-to-surface missiles on a target.

For the complete story by Lt. Alec Verone of VP-45 via Jacksonville.com, click here.