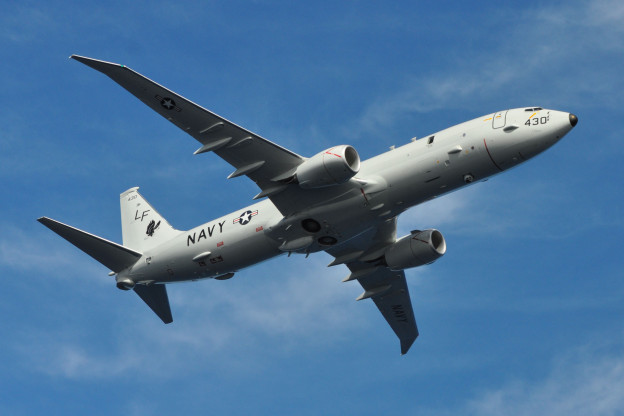 The U.S. Navy’s first advanced P-8 Poseidon patrol aircraft has arrived in Japan, the start of a deployment that will upgrade America’s ability to hunt submarines and other vessels in seas close to China as tension in the region mounts.

The deployment, planned before China last month established an air defense zone covering islands controlled by Japan and claimed by Beijing, includes six aircraft to be delivered to Kadena air base on Okinawa this month. The first arrived on Sunday, a spokesman for the U.S. Navy told Reuters. The mission in the waters west of Japan’s main islands will be the new aircraft’s first anywhere.

The honor of flying the Poseidon first goes to Patrol Squadron 16, the War Eagles (VP-16), based in Jacksonville, Fla., which left for its historic trip on Friday. The jets, built by Boeing and based on its 737 passenger plane, have been built to replace the aging propeller-powered Lockheed Martin P-3 Orion, which has been in service for 50 years.

For the complete story by Tim Kelly of Reuters, click here.