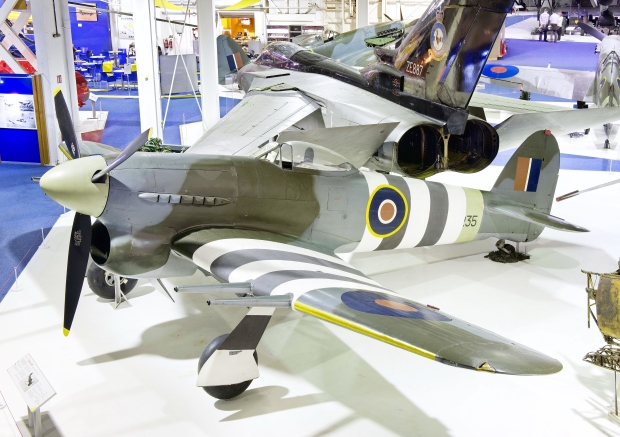 The world’s last complete and original Hawker Typhoon will be on display in Ottawa in time for D-Day.

The Second World War aircraft will be on loan to the Canada Aviation and Space Museum, and while it’s not in flying condition visitors will get a close look at it indoors. This aircraft, a Mark IB MN235, is the type flown by several Royal Canadian Air Force squadrons during the war, including the City of Ottawa 440 Squadron.

Nicknamed the Tiffy, it was a single-seat fighter-bomber used widely in the Allied liberation of Normandy, often to attack ground targets. The Hawker company is widely known for building the Hurricane fighter. The Typhoon (it built 3,317 of them) was heavier.

For the complete story by Tom Spears of the Ottowa (Canada) Citizen, click here.