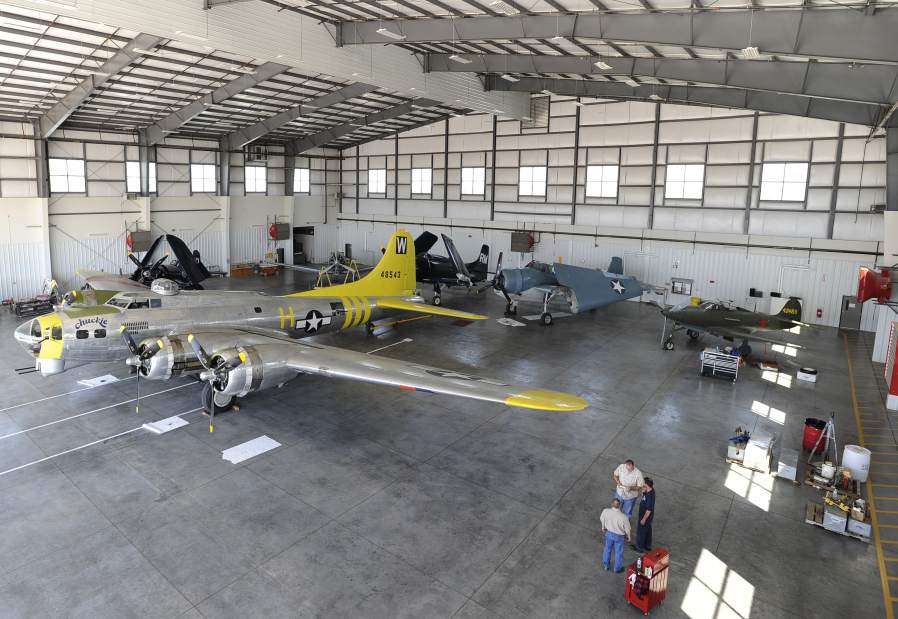 The skies around Jefferson County will be a bit more active than usual over the next few weeks, as a collection of vintage warplanes moves from Oregon’s Tillamook Air Museum to their new home at the Madras Airport.

The museum announced plans to relocate to Central Oregon last year, as part of a larger move by Erickson Group Ltd., the company that owns the bulk of the WWII-era planes displayed in Tillamook. A new Erickson venture retrofitting commercial jets to serve as firefighting air tankers, Erickson Aero Tanker settled on Madras as its base of operations, and company founder Jack Erickson opted to relocate the museum as well.

Mike Oliver, general manager of the Tillamook Air Museum and future manager of the museum in Madras, said seven planes have made the journey over the mountains already. If weather conditions hold, plans call for flying most of the rest to Madras before the end of the month, starting Sunday.

For the complete story by Scott Hammers of The (Bend, Ore.) Bulletin, click here.

Photo by Ryan Brennecke, The Bulletin