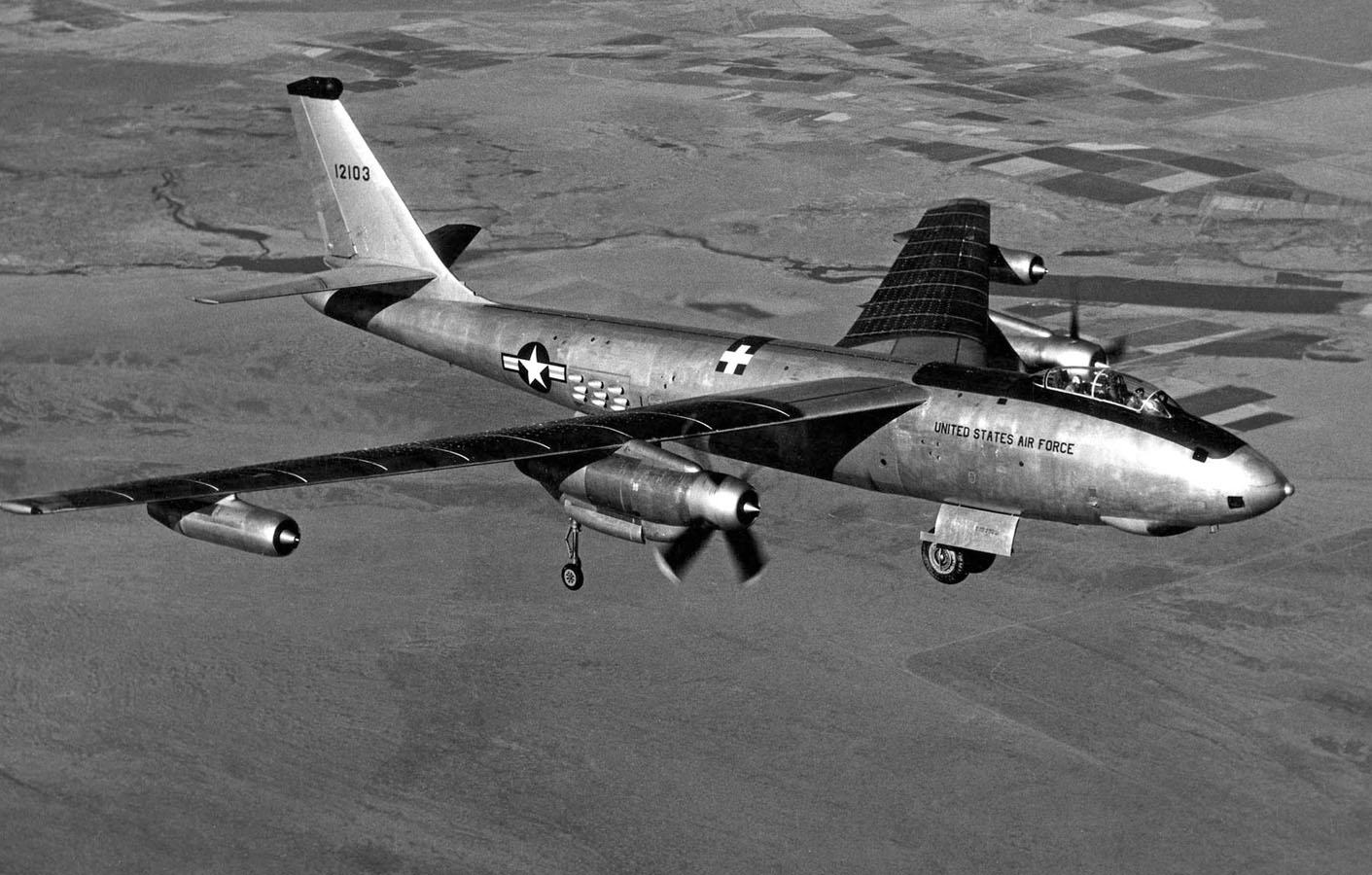 Photo courtesy of the Museum of the United States Air Force

In the late 1940s and early 1950s, there were a number of turboprop engines in development. In the simplest terms, a propjet engine is gas turbine engine that uses its exhaust for thrust but also turns a propeller to provide high cruise speeds with better fuel economy.

The Wright YT49-W-1 was a turboprop version of the British license-built Armstrong Siddeley Sapphire turbojet engine designated J65. The program was delayed by problems with the T49 engine, which failed to pass its 50-hour qualification run. Additional problems with the engine-propeller combination and shortages of government furnished equipment delayed progress still further. It was not until late 1955 that the aircraft were ready for their first flights.

Boeing test pilot Samuel Lewis “Lew” Wallick Jr. piloted the first flight of the number one XB-47D on August 26, 1955. The second XB-47D made its first flight on February 15, 1956, again with Wallick at the controls. Both first flights were made at Boeing Field in Seattle, Washington. Maximum speed reached during flight-test was 597mph (519 knots) at 13,500 ft. (4,115 m) making it the fastest combined turboprop- and turbojet-powered airplane to fly. However, this was accomplished at full-power settings and fuel consumption was excessive. Finally, as demonstrated, the XB-47D achieved a best cruise speed of 402 nautical miles per hour (462mph) at 42,400 feet (12,923.5 m) altitude. Thus, its all-jet-powered B-47 Stratojet counterpart was preferred and the XB-47D project was abandoned.

As it turned out in aviation history, the USAF never did employ composite-powered turbojet/turboprop attack, bomber or fighter aircraft. But it has employed turboprop-powered transport aircraft such as the Lockheed C-130 Hercules series of cargo airplanes.