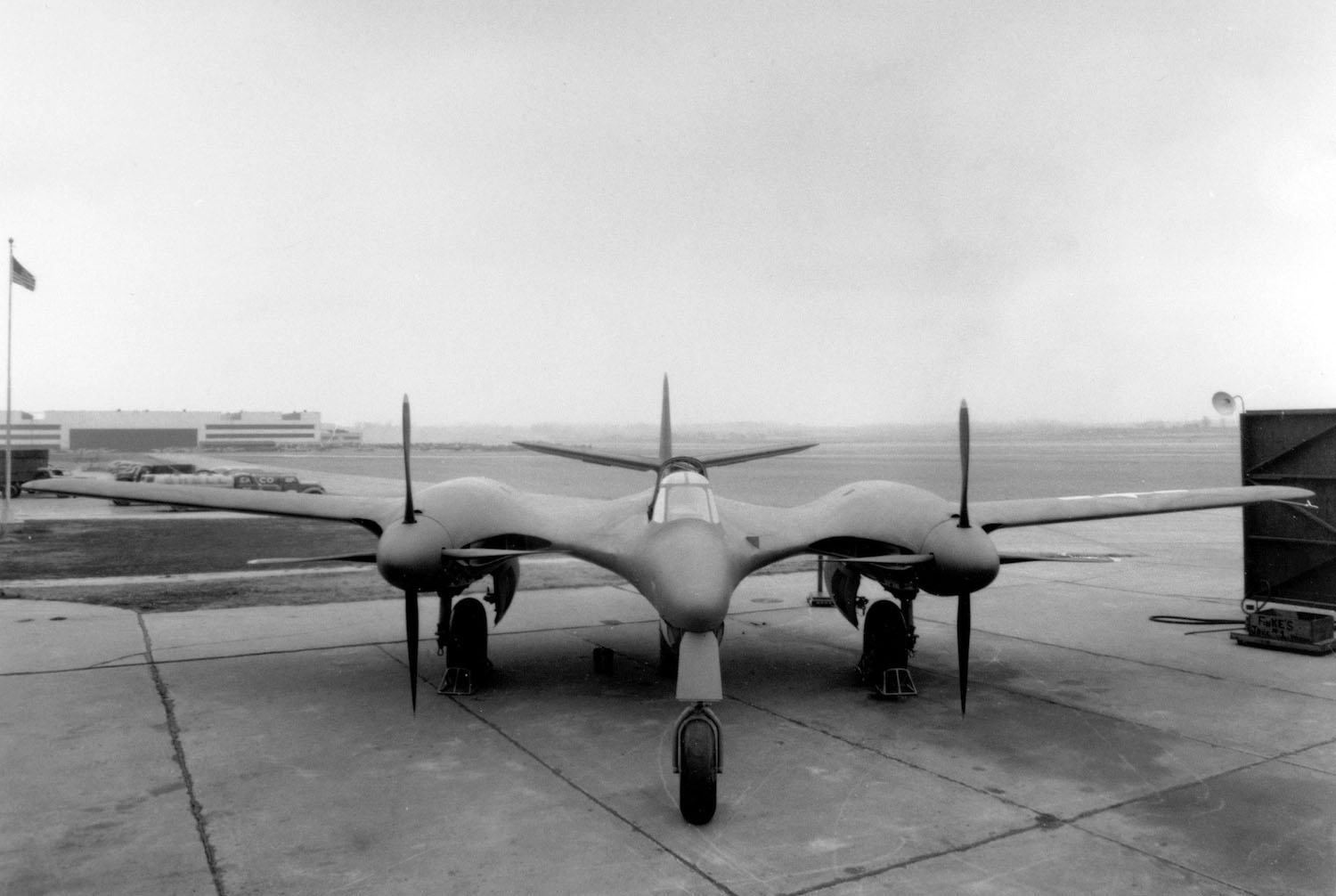 Founded by James S. McDonnell in 1939, the McDonnell Aircraft Corporation (McAir) became a major supplier of fighter aircraft to the U.S. Navy and U.S. Marine Corps. Yet its first fighter-type offerings—Models 1 through 5, were presented to the U.S. Army Air Corps (now U.S. Air Force). Among these was the Model 2A which McAir referred to as: “Interceptor—Pursuit [with] Continental Engines.”

The XP-67 was completed on November 29, 1943, and pre-flight ground tests were initiated. During a high-speed taxi test on December 8 at Lambert Field in St. Louis, not one, but both of its engines caught fire. Repairs were made and for safety reasons, the airplane was subsequently trucked to the larger, less populated Scott Field near Mascoutah in Illinois for flight-test activities. Freelance test pilot Edward E. (Ed) Elliot who had made the first flight of the Curtiss XP-40 had been hired to flight-test the XP-67. And on January 8, 1944, he took the XP-67 into the air for its first time. However, after only six minutes of flight, he was forced to land the airplane due to engine problems. Further repairs ensued and two test flights were successfully flown but on flight number four on February 1, 1944, the engines were purposely over sped and most of their main and rod bearings scorched so badly that the engines had both ground to a halt and an emergency landing was quickly made.

The airplane was trucked back to St. Louis to await new engines because its original engines were now thoroughly trashed. With replacement engines installed flight-test number five was flown on March 23, 1944. In April, USAAF test pilots took over and during April and May another five test hops were flown. Additional flights were flown but ongoing engine problems and lack of advertised performance sounded the death knell for the XP-67. And on September 13, all parties decided the program should end—on October 24, 1944, the program was cancelled outright. The second XP-67 airplane (42-11678)—only about 15% finished, was cancelled before it was completed. McAir proposed a number of P-67 variants culminating with its Models 16 and 16A—P-67D and P-67E, respectively. However, none of the P-67 offerings proceeded.

In the final analysis, the wing-body-blend shape of the XP-67 was strictly for aerodynamic purposes to achieve the highest speed possible in level attitude flight (400+mph)—not to evade radar detection by any means. Nevertheless, the shaping of the XP-67 was similar to numerous later designs that extolled the virtues of low observability.