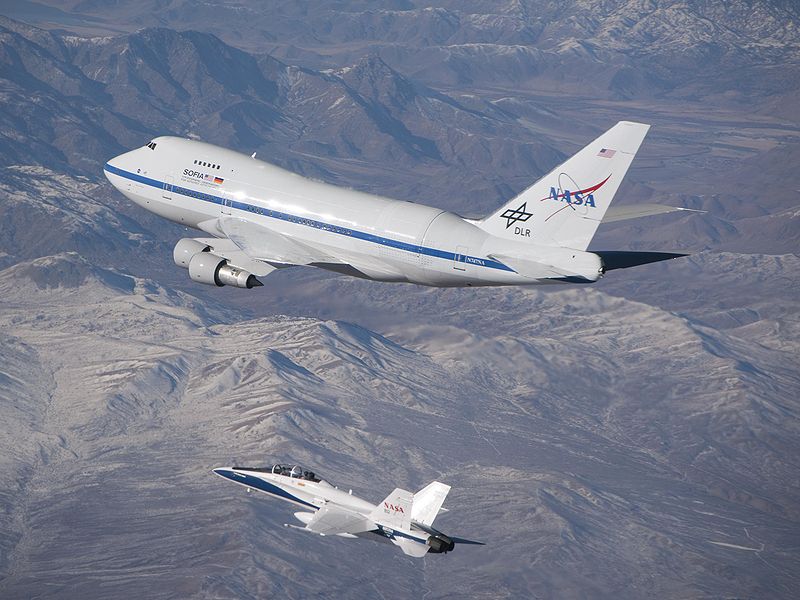 When you’re staring up at the stars, you’re only seeing a glimpse of the picture. That’s because a layer of water vapor lies between earth’s surface and outer space. NASA has a solution a decade in the making: the Stratospheric Observatory for Infrared Astronomy (SOFIA).

The Tech Report recently joined a handful of teachers and NASA scientists for a ride aboard SOFIA. The mission was two-fold: test the new equipment onboard, and allow for select teachers to observe and study the information gathered to share with their students.

“[SOFIA] is the best of both worlds,” said Dana Backman, manager of SOFIA’s education and public outreach program.  “It has a better view of the universe than a mountain-top observatory, and it’s much less expensive than a space telescope.”

Formerly a Boeing 747 airliner that once flew for Pan Am, SOFIA was gutted and to a system of star gazing equipment, including 100-inch telescope that collects infrared light to collect data from stars.

For the complete story and video by Rich DeMuro of KTLA-TV, click here.