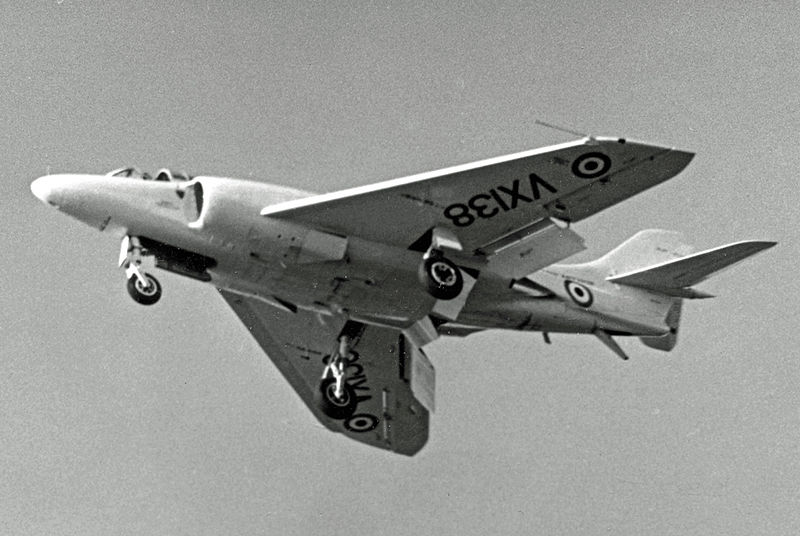 1943 – Death of Franco Lucchini, Spanish War and World War II Italian fighter ace, after bailing too low from his Macchi 202 as he attacked a U.S. bomber formation near Scordia, Sicily.

1955 – The sole Supermarine Type 525, a prototype British naval jet fighter (shown above), is unable to recover from a flat spin 20 minutes after take-off; in the crash, the military test pilot is killed and the aircraft is destroyed.

2010 – A Romanian Air Force Antonov AN-2T carrying paratroopers crashed on take off at the end of the runway at Tuzla; 12 are killed.