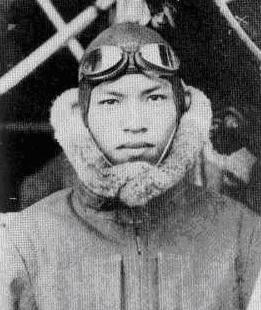 1939 – Hiromichi Shinohara, (known as the Richtofen of the Orient and shown above) the highest-scoring fighter ace of the Imperial Japanese Army Air Service, downs 11 planes on a single day while flying a Nakajima Ki-27 during an air battle over Tamsak-Bulak.

1976 – Death of Rear Admiral Clarence Wade McClusky, Jr., U.S. Navy aviator during World War II. He is credited with playing a major part in the Battle of Midway.