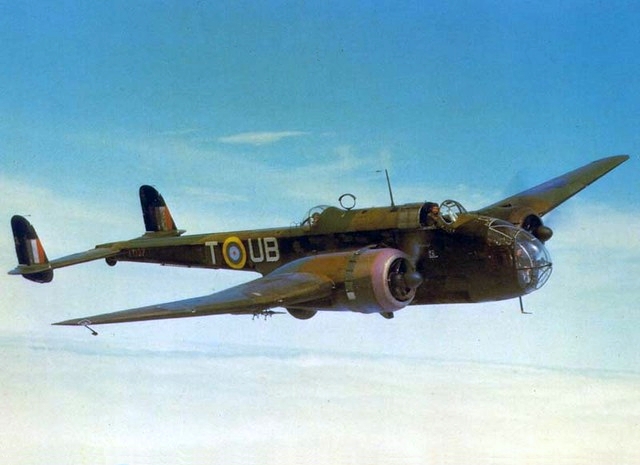 1890 – Birth of Lewis Hyde Brereton, aviation pioneer and lieutenant general in the U.S. Air Force. A World War I pilot, he was one of the few senior U.S. commanders in World War II who served in combat theaters continuously from the attack on Pearl Harbor to the German surrender; he also saw action in more theaters than any other senior officer.

1936 – First flight of the Handley Page HP.52 Hampden (shown above), a British twin-engine medium bomber known as the “Flying Suitcase.”

1952 – Death of Wilfrid Reid “Wop” May, Canadian World War I flying ace and a pioneering aviator who created the role of the bush pilot while working in Canada’s western provinces.

1972 – An Aérospatiale SA 315B Lama, flown by Jean Boulet, establishes a helicopter absolute altitude record of 40,814 feet, immediately followed by an inadvertent record for the longest ever autorotation when the engine flamed out at the flight’s peak altitude.

2004 – SpaceShipOne is the first non-government built spacecraft to transport a person into space and return safely to earth.

2012 – Kyle Gluesenkamp flew the Gamera II, a human-powered helicopter, at the Reckord Armory on the University of Maryland campus for an unofficial record duration of 50 seconds.