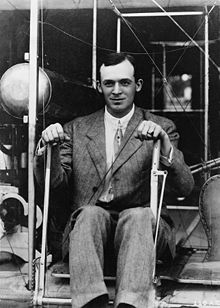 1886 – Birth of Dean Ivan Lamb, American pilot, hired as a mercenary during the Mexican Revolution who made what was quite possibly the first dogfight in history (pilots firing pistols at each other) against Phil Rader. He also helped to establish the Honduran Air Force.

1966 – A Lockheed SR-71A Blackbird disintegrates in mid-air near Tucumcari, N.M. during a test flight out of Edwards Air Force Base, Calif. Company test pilot Bill Weaver survives, but flight test specialist Jim Zwayer dies after being ejected from the aircraft.

1972 – Death of Erhard Milch, a German field marshal who oversaw the development of the Luftwaffe as part of the re-armament of Germany following World War I.

1990 – Avianca Flight 52, a Boeing 707, runs out of fuel and crashes while attempting to land at John F. Kennedy International Airport in New York. Of the 158 people on board, 85 survive.