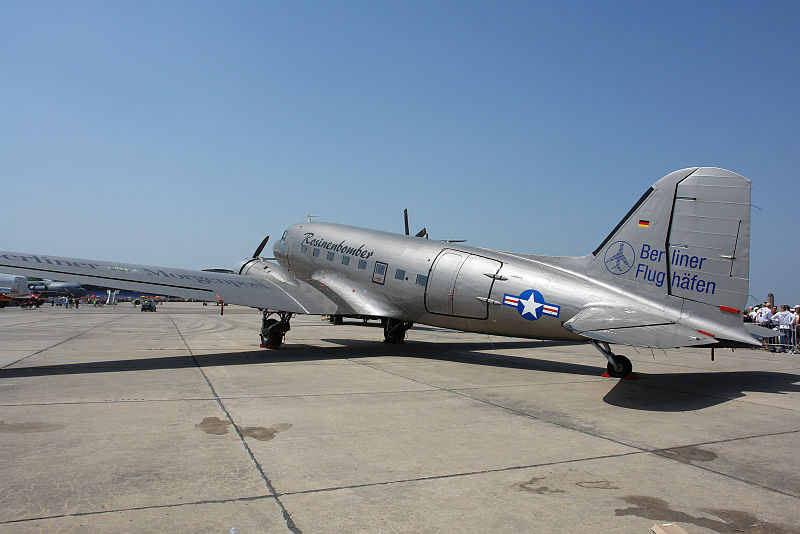 1912 – Capt. Marcel Dubois and Lt. Albert Peignan of the French Army are killed near Douai in northern France when their planes struck each other; it is the first fatal mid-air collision.

1962 – Two U.S.A.F. Republic F-105 Thunderchiefs out of Nellis AFB, Nevada, are lost in separate accidents near Indian Springs, Nev., this date. Both pilots survive; all Thunderchief B and D variants are later grounded to rectify flight control problems.

2010 – Air Service Berlin Douglas C-47 Skytrain “Rosinenbomber” (shown above) crashes shortly after take-off from Berlin Schönefeld Airport to a sightseeing flight over Berlin after the left engine failed. There were no fatalities, but seven of the 28 passengers and crew were injured.