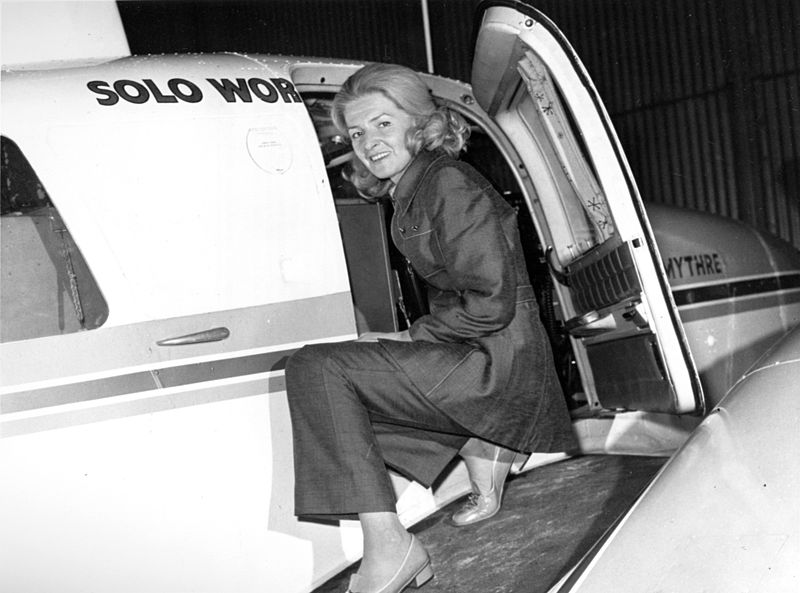 1912 – Death of Arthur Laibel “Al” Welsh, a Jewish, Russian-born American pioneer aviator and the first flight instructor for the Wright Brothers; he is killed in the crash of his Wright Model C along with Leighton Wilson Hazelhurst, Jr., another pioneer in U.S. aviation history.

1926 – First flight of the Ford Trimotor (also called the “Tri-Motor”, and nicknamed “The Tin Goose”), an American three-engined transport plane.

1971 – British pilot Sheila Scott (shown above) takes off for the first flight by a light plane from equator to equator via the North Pole. Flying in a Piper Aztec D, she covers 34,000 miles.

1991 – The first crash involving a Bell-Boeing Osprey occurs when the fifth MV-22 three minutes into its maiden flight at a Boeing flight test facility at Wilmington, Del., suffers problems with the gyros and crashes into the ground from a 15-foot hover during an attempted landing. Two crew eject and survive. Two of the three roll-rate gyros had been wired in reverse.