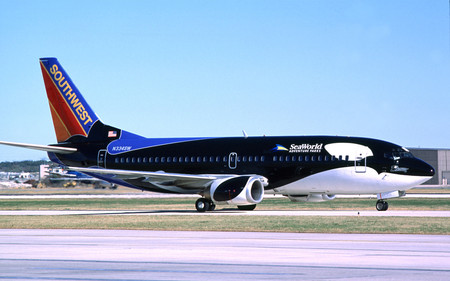 1848 – Otto Lilienthal, a key figure in the history of flying, is born in Germany. He became the first man to fly (glide) with both regularity and control. The Wright brothers regarded his 1899 book as their bible.

1928 – Umberto Nobile commands the Italian airship Italia on an ill-fated flight over the North Pole. The airship crashes on its way back, and explorer Roald Amundsen is killed trying to rescue survivors.

1943 – An aircraft sinks an enemy submarine with air-to-surface rockets for the first time, as a Fairey Swordfish from the British escort carrier HMS Archer strikes U-752, a German Type VIIC, in the Atlantic. It had previously been attacked by an Allied bomber earlier in the year.

1969 – A drunken U.S. Air Force assistant crew chief, Sgt. Paul Adams Meyer, suffering anxiety over marital problems, starts up a Lockheed C-130E Hercules at RAF Mildenhall in the U.K. and takes off for Langley AFB, Virginia. At least two North American F-100 Super Sabres from RAF Lakenheath, a C-130 from Mildenhall, and two RAF English Electric Lightnings are sent aloft to try to make contact with the stolen aircraft. The Hercules crashes into the English Channel less than two hours later. There is speculation whether the Hercules was shot down; some wreckage was recovered but the pilot’s body was never found.

1988 – Shamu One, a Southwest Airlines Boeing 737-300 painted like and named after a SeaWorld killer whale, begins flying for the airline.

2013 – Solar Impulse, a solar-powered aircraft with the wingspan of a jumbo jet but the weight of an average car, sets a record for the longest distance covered by an airplane powered only by electricity when it completes an 830-plus-mile flight from Arizona to Texas.