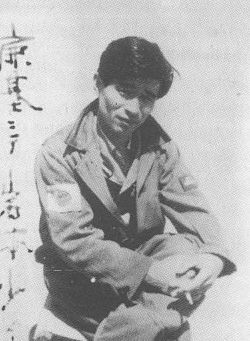 1917 – A Curtiss H-12 Large America flying boat of the Royal Naval Air Service destroys the first hostile submarine to be sunk by an aircraft without any form of assistance. Flight Sub-Lieutenant C.R. Morrish on a patrol from Felixstowe sighted and attacked the German submarine UC36 on the surface near the North Hinder Light Ship.

1927 – Charles A. Lindbergh takes off from New York in his Ryan monoplane Spirit of St. Louis for a non-stop solo Atlantic crossing.

1946 – A U.S. Army Air Forces C-45F Beechcraft crashed into the north side of Bank of Manhattan Building at 40 Wall Street, New York. The twin-engined plane was heading for Newark Airport on a flight from Louisiana. It struck the 58th floor of the building, killing all five people on board and creating a 20-by-10-foot hole in the masonry.