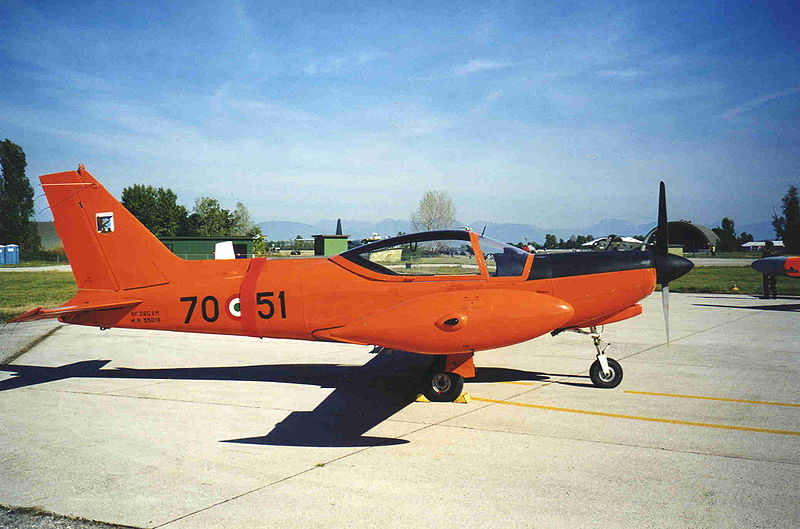 1915 – The U.S. Navy contracts with the Connecticut Aircraft Co. for its first airship.

1940 – The Allies lose 110 aircraft – 70 British Fairey Battles and Bristol Blenheims and 40 French planes – on one day in a disastrous attempt to bomb bridges over the River Meuse.

2005 – An Eurocopter AS350, flown by company test pilot Didier Delsalle, touched down on the top of Mt. Everest, at 29,035 feet; the helicopter altitude record was later confirmed by the Fédération Aéronautique Internationale.

2010 – Stelio Frati, Italian mechanical engineer and aeroplane designer, dies. After teaching aircraft design, he became a freelance aircraft designer and was responsible for the Falco F8L and the Aermacchi SF.260 (shown above).