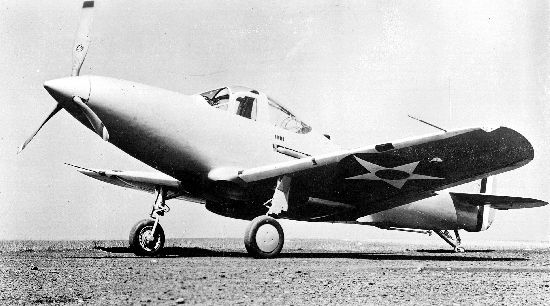 1912 – A Flanders F.3 Monoplane crashed at Brooklands in England, killing the pilot and his passenger. The accident was investigated by the Royal Aero Club, which issued the first-ever report into an aviation accident and established the science of aviation accident investigation.

1917 – Death of Julius Busa, an Austro-Hungarian World War I flying ace, who was shot down by Italian ace Francesco Baracca in a SPAD VII.

1940 – First flight of the Bell XFL Airabonita (shown above), an experimental shipboard interceptor developed for the U.S. Navy. It was similar to and a parallel development of the land-based P-39 Airacobra, differing mainly in the use of a tailwheel undercarriage in place of the P-39’s tricycle gear.

1989 – The Antonov An-225 Mriya, a Soviet strategic airlift cargo aircraft, makes its first carrying flight of the Buran space shuttle.

2011 – Solar Impulse, a long-range solar-powered plane, flew from Switzerland to Belgium for its first international flight.