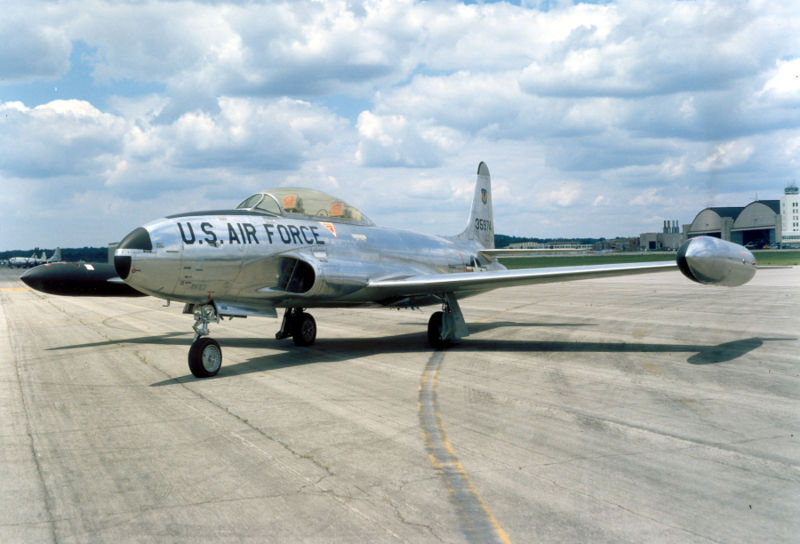 1926 – Richard Byrd and Floyd Bennett make the first flight over the North Pole in a Fokker F.VIIa-3 m. Their total distance from Spitzbergen, Norway, is 1,600 miles.

1943 – A German night fighter crew defects to the U.K., flying a Junkers Ju 88R-1. The defection gives British scientists and tacticians access to a Lichtenstein airborne interception radar for the first time.

1957 – U.S. Air Force pilot David Steeves departs Hamilton AFB, Calif., for a base in Alabama in a Lockheed T-33A Shooting Star (shown above) and disappears. Initially declared dead by the USAF, he emerges from the Sierra Nevadas 54 days later, having ejected from the jet after an in-flight emergency. Unable to locate the downed trainer, officials eye him with suspicion and rumors that he traded to jet to the Russians or took it to Mexico; his military career is ruined. After returning to civilian life, he later dies in an aircraft accident in 1965. Finally, in 1977, the canopy of his T-33 is located, too late to vindicate the pilot’s story and reputation.

2012 – A Sukhoi Superjet 100 airliner crashes in Indonesia during a demonstration flight for airline representatives and journalists, killing all 45 people on board. Its wreckage is discovered a day later.