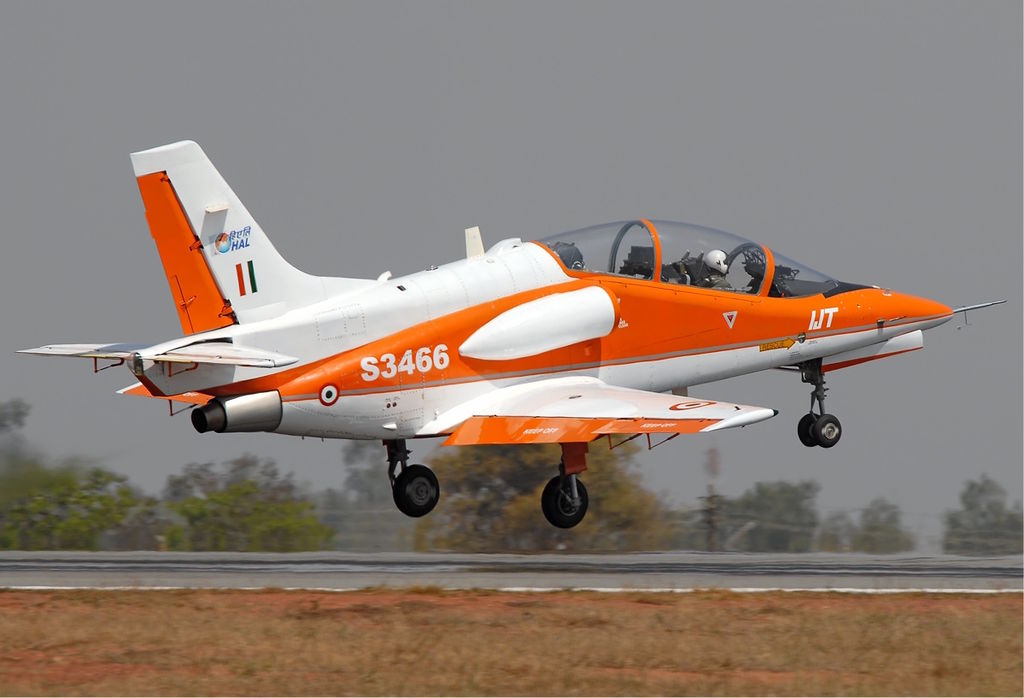 1934 – Juan de la Cierva lands an autogyro on the Spanish Navy seaplane and ballon carrier Dédalo. It is the first time an autogyro lands on a Spanish ship.

1942 – The Royal Air Force commits Supermarine Spitfires to the defense of Malta for the first time, flying 15 of them to the island from the aircraft carriers HMS Argus and HMS Eagle.

1999 – An Indian Air Force Antonov AN-32 crashes into a concrete water tank 1.5 miles short of a New Delhi, India, killing all 18 aboard and three on ground.

2003 – First flight of the HAL HJT-36 Sitara (shown), a subsonic intermediate jet trainer developed for the Indian Air Force and the Indian Navy.