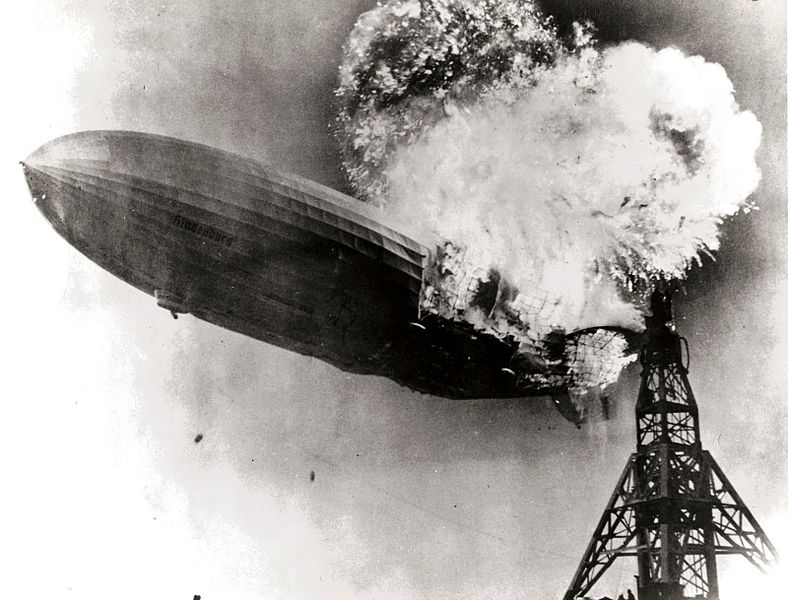 1919 – The first commercial flight, from Canada to the U.S., occurs as a Canadian Curtiss aircraft flies 150 pounds of raw furs from Toronto to Elizabeth, N.J.

1937 – The Zeppelin Hindenburg (shown above) bursts into flames and crashes while attempting a landing at Naval Air Engineering Station, Lakehurst, N.J.; of the 97 people on board, 35 are killed; one person on the ground also dies.