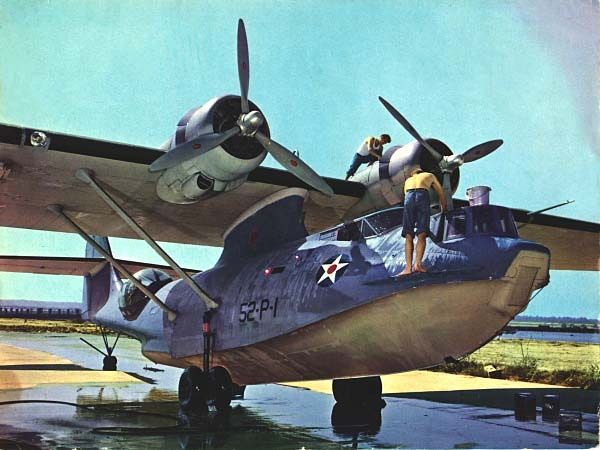 1878 – Birth of George Edward Maurice Kelly, an American aviator who later becomes the first member of the U.S. military killed in the crash of an airplane he was piloting.

1914 – The British roundel is adopted for aircraft identification.

1941 – U. S. Navy PBY Catalina flying boats (shown) depart the Caribbean for Natal, Brazil, to begin patrols of the Brazilian coast and the South Atlantic Ocean.

1958 – Death of Charles Godefroy, French aviator famous by his spectacular flight passing through the Arc de Triomphe in Paris in 1919.

1994 – A bomb explodes on Philippine Airlines Flight 434, a Boeing 747, en route from Manila to Tokyo, killing one. The captain is able to safely land the plane.