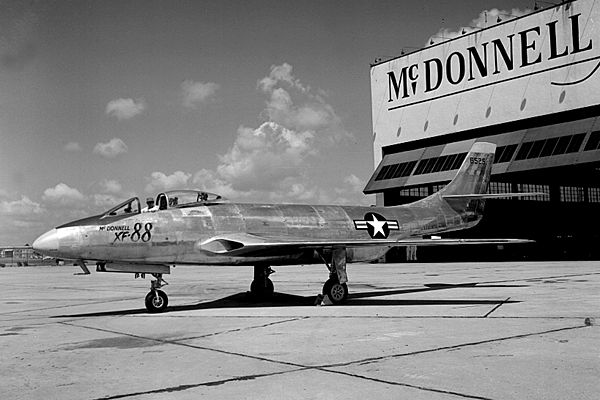 1948 – First flight of the McDonnell XF-88 Voodoo (shown), a long-range, twin-engine jet fighter with swept wings designed for the U.S. Air Force. Although it never entered service, its design was adapted for the subsequent supersonic F-101 Voodoo.

1969 – Finnair introduces an inertial navigation system on its aircraft, becoming the first airline to dispense with the need for an onboard navigator.

1986 – The presidential aircraft of southeast African nation of Mozambique, a Tupolev Tu-134, crashes in South Africa, killing President Samora Machel and 33 other passengers. The aircraft strikes hills after the pilots fail to follow proper instrument procedures for landing at Mbuzini.