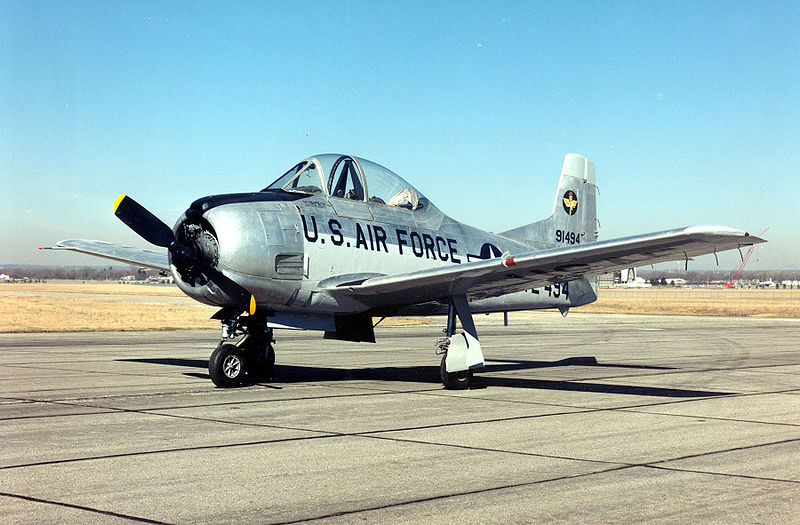 1949 – First flight of the North American T-28 Trojan (A model shown), a piston-engined trainer used by the U.S. Air Force and U.S. Navy; later, it is used as a counter-insurgency aircraft in the Vietnam War.

1956 – The Luftwaffe is re-formed in West Germany.

2009 – A French Navy Aviation test flight involving two Dassault Rafales flying back to the aircraft carrier Charles de Gaulle (R91) collide in mid-air. The incident occurs in the Mediterranean off the coast of Perpignan, Pyrénées-Orientales, France;  one pilot is rescued after ejecting from his aircraft while the second pilot is listed as missing.