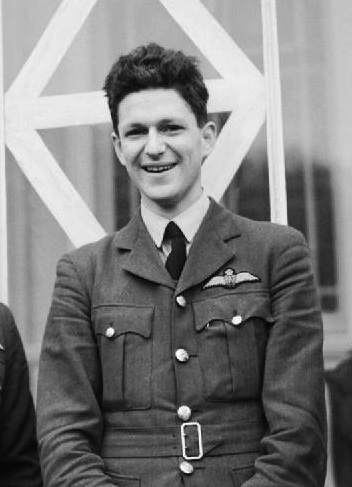 1917 – Birth of Eric James Brindley Nicolson (shown above), British World War II fighter pilot. He is the only Battle of Britain pilot and the only pilot of RAF Fighter Command to be awarded the Victoria Cross during WWII.

1953 – Death of Walter Richard Brookins, the first pilot trained by the Wright brothers for their exhibition team and Wrights’ first pilot instructor.

1968 – United Air Lines becomes the first carrier to put the Boeing 737-200, a larger capacity version of the standard 737, into service.

2010 – A stripped-down Eurocopter AS350 B3 succeeded in rescuing three alpinists, one at a time, from Annapurna in Nepal at an altitude of more than 23,000 feet; it is the highest such rescue ever.