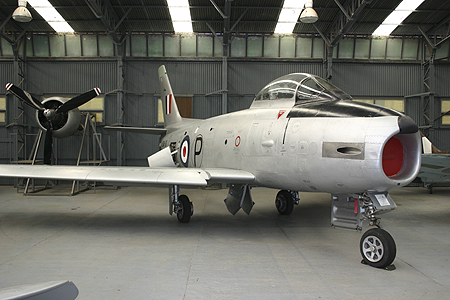 1953 – The sound barrier is broken over Australia for the first time by the Royal Australian Air Force in the first Australian-built CAC Avon Sabre (shown), a licence-built version of the North American F-86F Sabre, at Avalon, Victoria.