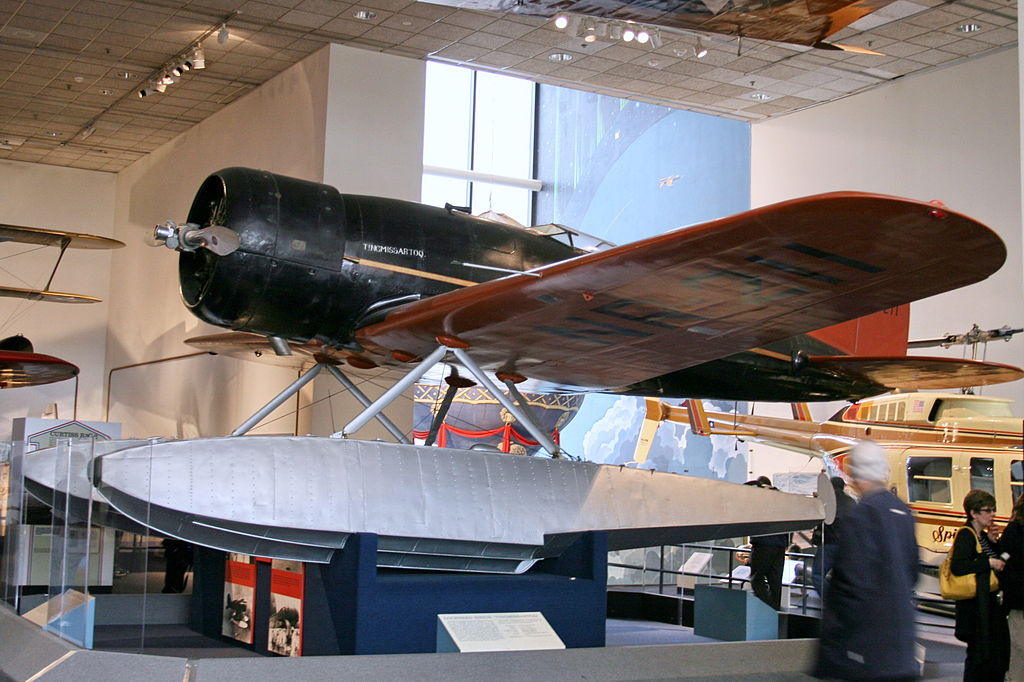 1933 – Flying their Lockheed Sirius “Tingmissartoq” (shown), built in 1929 and used for the 1931 survey flight of Alaska, the North Pacific and China, Charles Lindbergh and his wife begin a major route-proving tour of the North and South Atlantic.

1945 – A Royal Canadian Air Force Supermarine Spitfire from Rivers, Manitoba, photographs the eclipse of the sun for the first time in history; the images are made at 34,000 feet.

1976 – First flight of the Antonov An-32, a Russian twin-engined turboprop military transport.