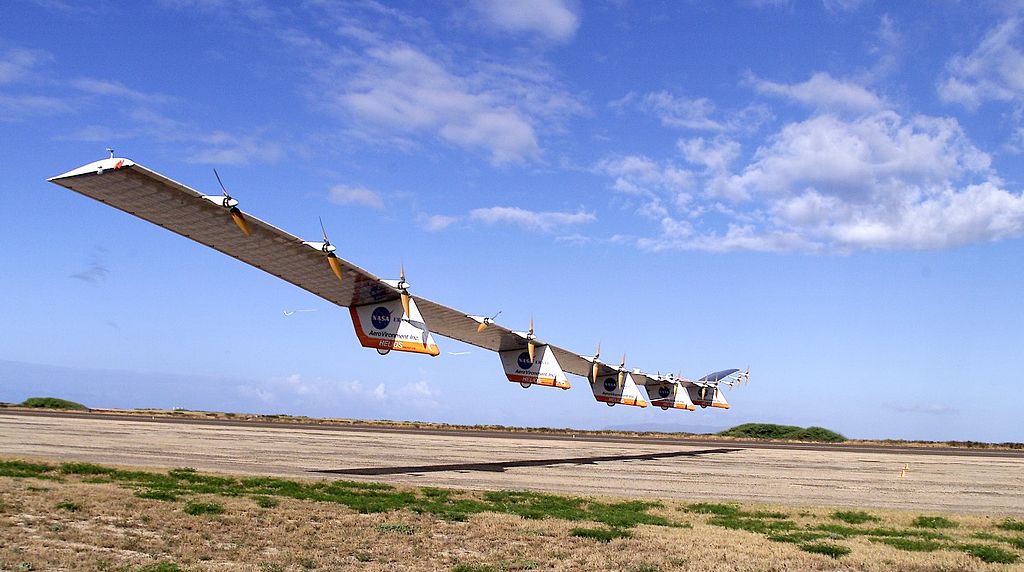 1946 – The U.S. Army Air Force and the U.S. Navy adopt the “knot” and “nautical mile” as standard aeronautical units for speed and distance. A nautical mile is about six feet and the knot equals one nautical mile per hour.

2003 – The NASA Helios prototype (shown) breaks up and falls into the Pacific Ocean about ten miles west of the Kauai, Hawaii, during a remotely piloted systems checkout flight in preparation for an endurance test scheduled for the following month.