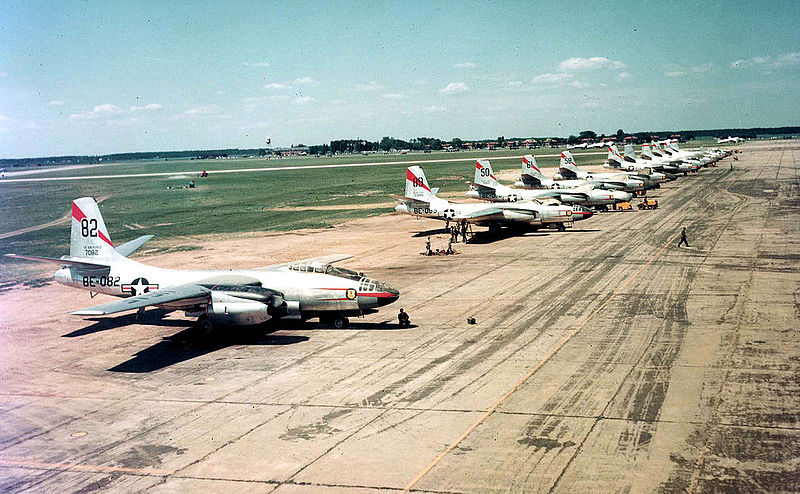 1948 – Introduction into service with the U.S. Air Force of the North American B-45 Tornado (shown above), the service’s first operational jet bomber and the first jet aircraft to be refueled in the air.