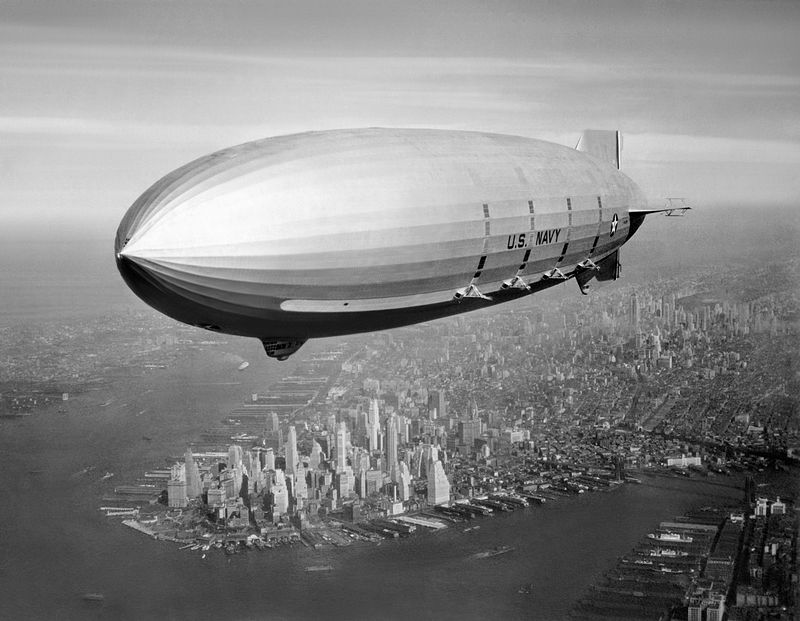 1928 – Sir (George) Hubert Wilkins and pilot Carl Ben Eielson complete the first-ever crossing of the Arctic by airplane from Point Barrow, Alaska, to Spitsbergen, Norway, in their Lockheed Vega.

1933 – First flight of the U.S.S. Macon (shown), an American rigid airship built and operated by the U.S. Navy for scouting and capable of serving as a “flying aircraft carrier,” launching Curtiss F9C Sparrowhawk fighters.

1945 – A Canadian Sikorsky R-4 becomes the first helicopter to rescue a downed crew in the Arctic.

1962 – Birth of Sergei Viktorovich Zalyotin, Russian fighter pilot and cosmonaut; he is a veteran of two space missions.

2010 – Two Mikoyan MiG-29 fighters of the Belarusian Air Force collide during a training flight. There are no casualties; one MiG-29 lands safely, while the pilot in the second plane ejects before it crashes.