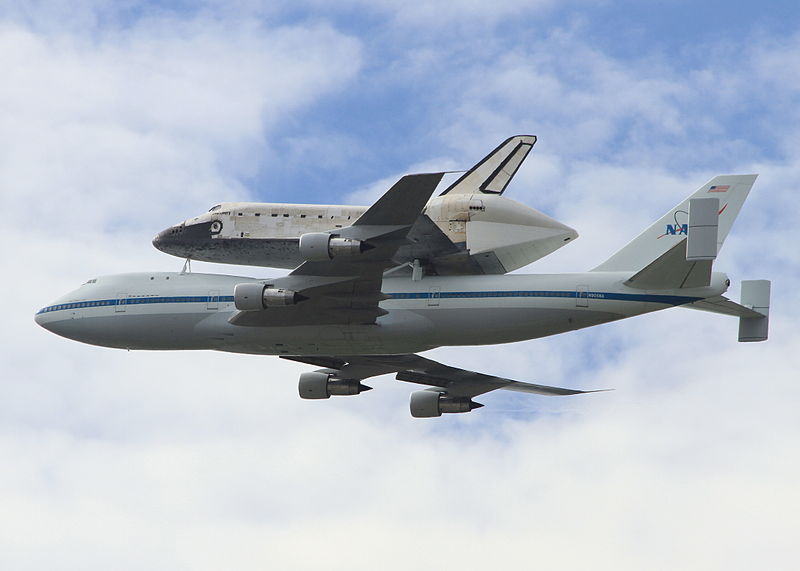 1920 – The Venezuelan Air Force is formed, with a flying school at Maracay.

1934 – First flight of the Fairey Swordfish, later used by the Royal Navy to help cripple the German battleship Bismarck.

1973 –Federal Express, later known as FedEx, delivers its first packages with a fleet of fourteen Dassault Falcon 20s based in Memphis, Tenn.

1991 – An unarmed U.S. Air Force EF-111A Raven, crewed by Capt. James A. Denton and Capt. Brent D. Brandon, scored a kill against an Iraqi Dassault Mirage F1EQ, which they managed to maneuver into the ground. It is the only F-111 to achieve an aerial victory over another aircraft.

2012 – Retired Space Shuttle Discovery makes its last flight aboard a Shuttle Carrier Aircraft (shown above) from Florida’s Kennedy Space Center to Washington Dulles (Virginia) International Airport where it will replace the Space Shuttle Enterprise at the Smithsonian Institution’s nearby Steven F. Udvar-Hazy Center, a part of the National Air and Space Museum.