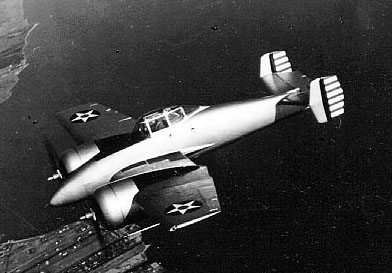 1941 – First flight of the Grumman XP-50 (shown), American twin-engine fighter prototype; it is the land-based development of the shipboard F5F-1 Skyrocket.

1958 – A Martin RB-57A Canberra, operated by the Republic of China Air Force, is shot down over Shandong by a Chinese Mikoyan-Gurevich MiG-17.

2013 – After cutting a hole in a perimeter fence at Brussels Airport in Belgium, thieves dressed as police officers drive onto the tarmac and confront guards loading a cargo of diamonds onto Helvetic Airways Flight LX789, a Fokker 100 passenger jet packed with passengers and preparing to leave for Switzerland. They steal 120 small packages containing a combined $50,000,000  worth of diamonds in a three-minute robbery and escape via the same hole in the fence without firing a shot.