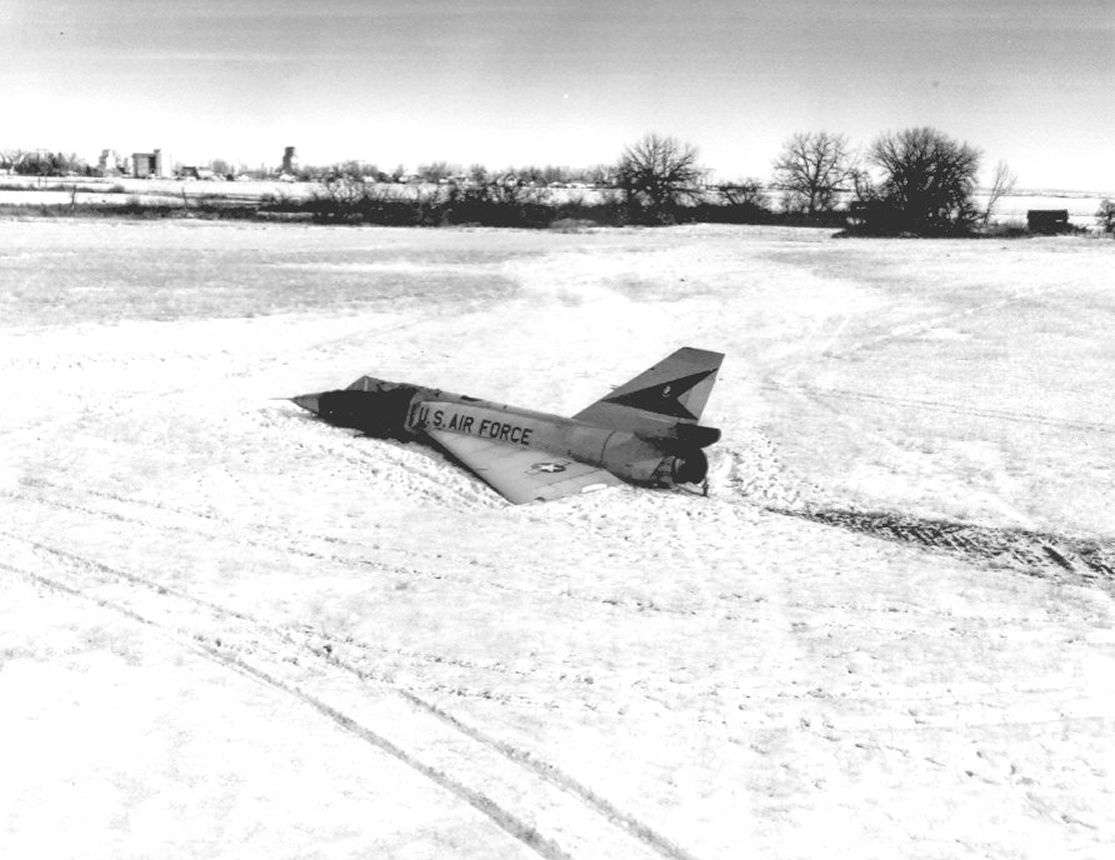 1898 – Birth of Richard Pearman Minifie, Australian World War I fighter ace who also served as a squadron leader in the Air Training Corps of the Royal Australian Air Force during World War II.

1941 – Eight Fairey Swordfish from the British aircraft carrier HMS Ark Royal attack the dam at San Chiar d’Ula, Sardinia, with torpedoes, but inflict no visible damage on the target.

1944 – First flight of the Republic XP-72 (shown), an American prototype interceptor fighter developed as a progression of the P-47 Thunderbolt design.

1970 – A U.S. Air Force Convair F-106A Delta Dart (shown) from Malmstrom Air Force Base enters a flat spin during training manuvers. The pilot ejects, but the jet doesn’t crash; instead, it stabilizes and lands wheels up in a snow-covered Montana field, suffering almost no damage. The aircraft is then sent back to base by rail, repaired and returned to service. Preserved initially at Griffiss AFB, New York, it is now on display at the National Museum of the USAF.

2007 – A HAL Dhruv helicopter, part of the Saarang Helicopter Aerobatics team, loses altitude and crashes while practicing for the Aero India-2007 at the Yelahanka Air Base near Bangalore, India. The pilot is severely injured, and the copilot is killed.