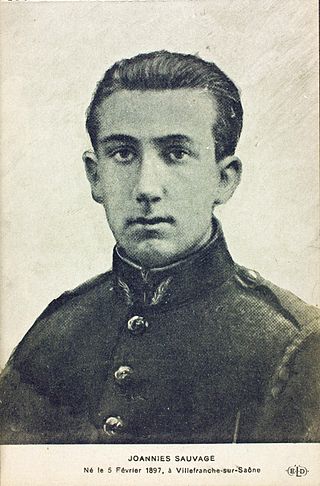 1917 – Death of Paul Joannes Sauvage (shown), the youngest French World War I flying ace; he is killed by anti-aircraft fire.

1934 – First flight of the Curtiss XF13C (Model 70), a U.S. prototype carrier-based monoplane fighter; it is equipped with a manually retractable landing gear and an enclosed cockpit.

1972 – Iberia Airlines Flight 602, a Sud Aviation SE 210 Caravelle, crashes into a mountain while on approach to Ibiza Airport in Spain killing all 104 passengers and crew on board.

1981 – A Boeing 747 of CAAC lands at New York’s JFK International Airport, marking the first time since 1949 a flight from mainland China to the U.S. is performed.