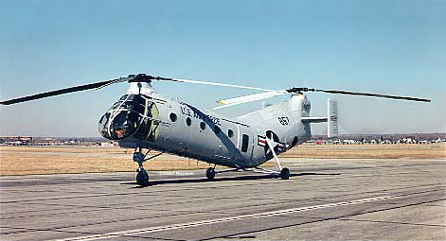 1898 – John Howard Umney, an English flying ace from World War I, is born. He flew as a gunner-observer in the rear seat of Bristol F.2 Fighters, and was credited with 13 official aerial victories.

1911 – The U. S. Army sets up its first permanent flying school at College Park, Md.

1952 – The Piasecki H/CH-21 Shawnee tandem-rotor helicopter (shown above) makes its first flight; the aircraft is known as the “Flying Banana.”

1955 – An Air India Lockheed L-749 Constellation named Kashmir Princess explodes over the South China Sea in an assassination attempt of Chinese Premier Zhou Enlai, who was not aboard; 16 people are killed and three survive.

1996 – A Cessna 177B Cardinal carrying Jessica Dubroff, a seven-year-old pilot trainee who was attempting to become the youngest person to fly an airplane across the U.S., died when the plane crashes after takeoff from Cheyenne (Wyo.) Regional Airport. Pilot Joe Reid was flying the Cardinal from the right seat.