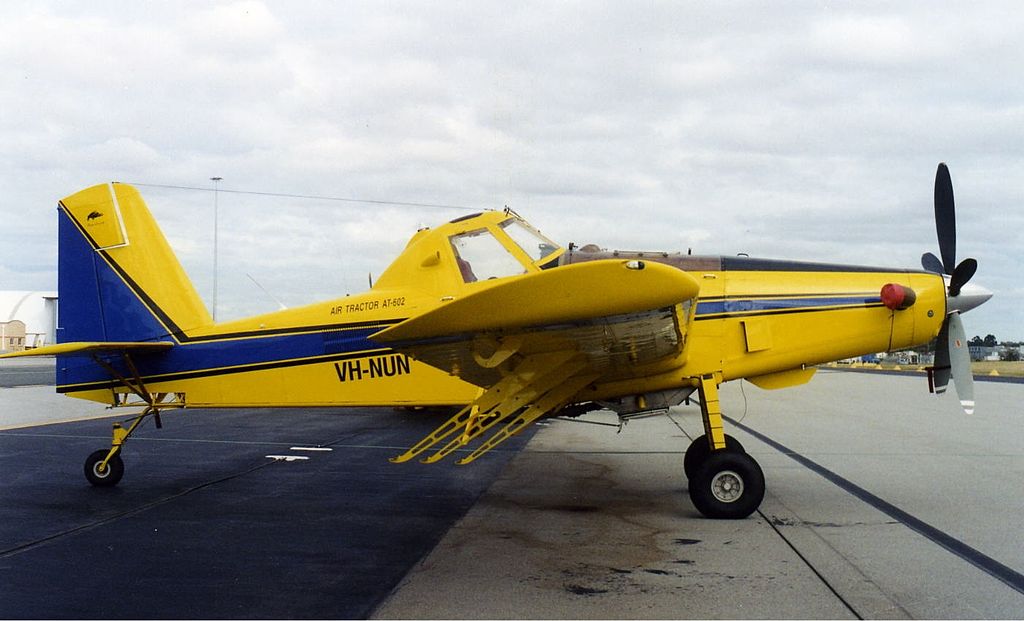 1925 – The sole Dobi-I, a Lithuanian monoplane built by Jurgis Dobkevicius and the first airplane of Lithuanian design, is damaged in accident beyond repair.

1984 – The Controlled Impact Demonstration (the “Crash in the Desert”) takes place; it is a joint project between NASA and the Federal Aviation Administration (FAA) aimed at acquiring data, as well as demonstrating and testing new technologies, with the intent of improving occupant crash survivability, by crashing a Boeing 720 aircraft.

1995 – First flight of the Air Tractor AT-602 (shown), an American agricultural aircraft.