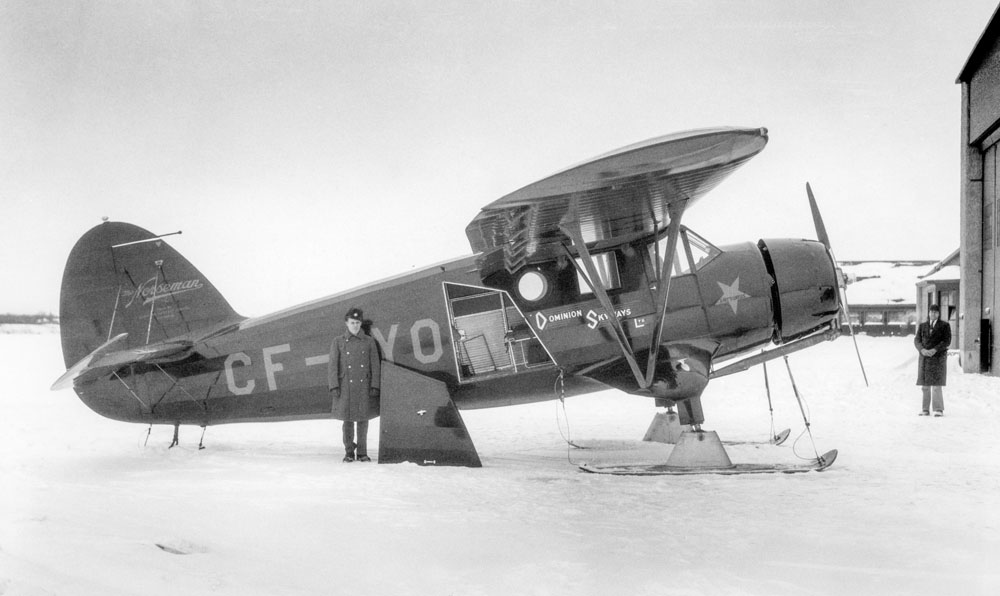 1919 – The American Railway Express Company hires a Handley Page V/1500 to carry 1,000 pounds of parcels from New York to Chicago, but the attempt fails due to mechanical problems.

1933 – Birth of Fred Wallace Haise, Jr., American U.S. Marine Corps test pilot and NASA astronaut; he becomes one of only 24 people to have flown to the Moon.

1935 – First flight of the Noorduyn Norseman (shown), a Canadian single-engine bush plane designed to operate from unimproved surfaces; it is the first Canadian-designed bush aircraft.

1982 – During a bomb-burst maneuver at a Hamamatsu, Japan, air display, a Mitsubishi T-2 of the aerobatic team Blue Impulse fails to pull up in time and strikes a building, killing pilot Takashima Kiyoshi. Eleven people are injured on the ground, and 28 homes and almost 300 cars are damaged.

2012 – Israel begins Operation Pillar of Defense by launching its most intense air attacks against Hamas forces in the Gaza Strip since 2008, killing the Hamas defense chief in Gaza, Ahmed al-Jabari, and striking dozens of targets before dark.