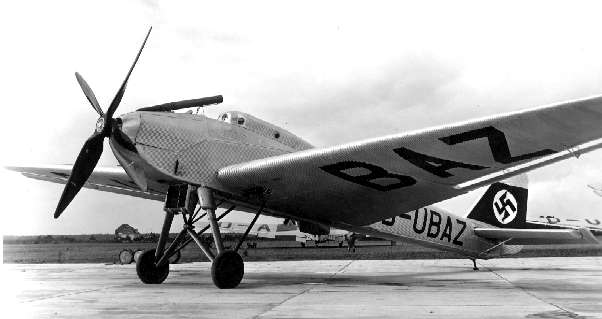 1931 – First flight of the Junkers Ju 49 (shown), a German prototype designed to investigate high-altitude flight and the techniques of cabin pressurization.

1996 – Aeroperú Flight 603, a Boeing 757, crashes into the ocean off Pasamayo, Peru, because of a maintenance error; all 70 people on board are killed.

1998 – Death of Orvon Grover “Gene” Autry, an American entertainer who served as a cargo pilot in the U.S. Army Air Forces during World War II; he flew missions over the Himalayas, nicknamed the Hump, between Burma and China.