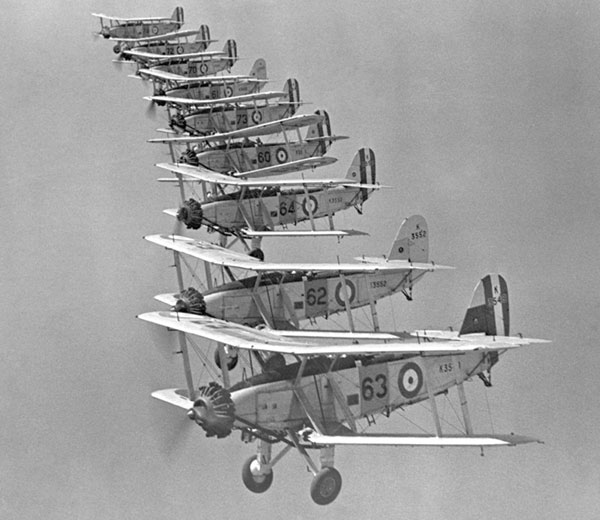 1932 – First flight of the Blackburn B-5 Baffin (shown), a British biplane torpedo bomber; derived from the Ripon, it uses a radial engine for power.

1936 – The German airlift of Spanish Nationalist troops from Spanish Morocco to Spain ends after 677 flights carrying 12,000 men in August and September; the airlift will be one of the most decisive factors in the eventual Nationalist victory in the Spanish Civil War.

1956 – Death of Charles Richard Fairey, British aircraft manufacturer; he was involved with the development of many of his company’s most important products including aircraft and rotorcraft.

1975 – Malév Flight 240, a Tupolev Tu-154B, crashes near the Lebanese shoreline, killing all 60 on board; no official statement is ever made on the crash and its cause has never been publicly revealed.

1982 – Americans H. Ross Perot Jr. and Jay Coburn lands back in Dallas, Texas, with the Bell 206L-2 “Spirit of Texas,” completing the first round-the-world helicopter flight in 29 days and 3 hours.