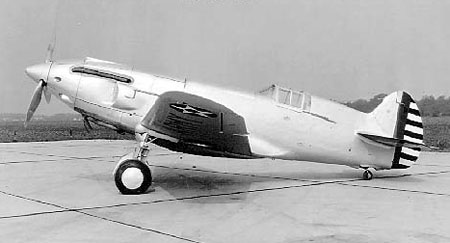 1912 – Hanna Reitsch, German test pilot, was born; she was a test pilot on the Junkers Ju 87 Stuka and Dornier Do 17 as well as one of the few pilots to fly the Focke-Achgelis Fa 61, the first fully controllable helicopter.

1939 – The Curtiss YP-37 (shown above), a single-engined fighter based on the company’s successful P-36 Hawk, enters testing service with the U.S. Army Air Corps. The project was later cancelled.

1942 – The production of Supermarine Spitfire fighters during World War II reaches an all-time peak in one day: 134 aircraft.