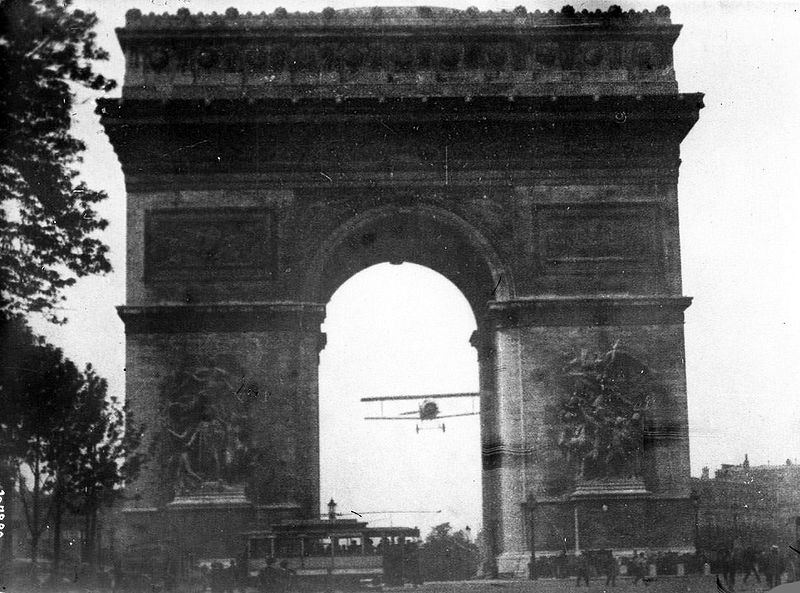 1919 – French Air Force officer Charles Godefroy makes the first flight through the Arc de Triomphe in Paris (shown) with a Nieuport 11 “Bébé.” The flight was made three weeks after the victory parade on the Champs Élysées that marked the end of hostilities in World War I; pilots had not been allowed to attend.

1941 – Death of Bruno Mussolini, second son of Italian dictator Benito Mussolini, flying in one of the prototypes of a “secret” bomber (Piaggio P.108) near the San Giusto Airport in Pisa.

1963 – First flight of the Lockheed YF-12, American prototype interceptor; it is a twin-seat version of the secret Lockheed A-12 reconnaissance aircraft.

2012 – Egyptian Air Force aircraft strike militants on Egypt’s Sinai Peninsula (overnight 7-8 Aug.); it is the first Egyptian airstrike in the Sinai Peninsula since the Yom Kippur War in 1973.