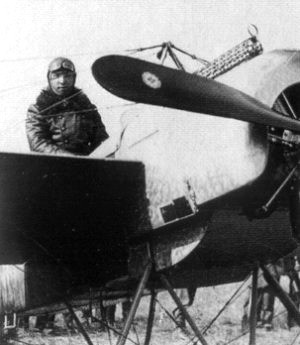 1872 – Birth of George Augustine Taylor, Australian artist, journalist, and aviation pioneer; he becomes the first person in Australia to fly in a heavier-than-air craft.

1915 – Lt. Max Immelmann (shown) shoots down his first aircraft, a Royal Aircraft Factory B.E.2c, with his Fokker E.I; it is the beginning of his career as an ace and the period that will become known as the “Fokker scourge.”

1943 – Death of Lydia Litvak, one of the world’s only two female fighter aces; she is shot down in her Yakovlev Yak-1b during an escort mission of Ilyushin Il-2 Shturmoviks.

2010 – The aircraft used for flying scenes in the movie “Con Air,” a Fairchild C-123K Provider (ex-USAF no. 54-0709-N709RR), crashes in Denali National Park while performing a cargo flight for All West Freight; all three crew dies.