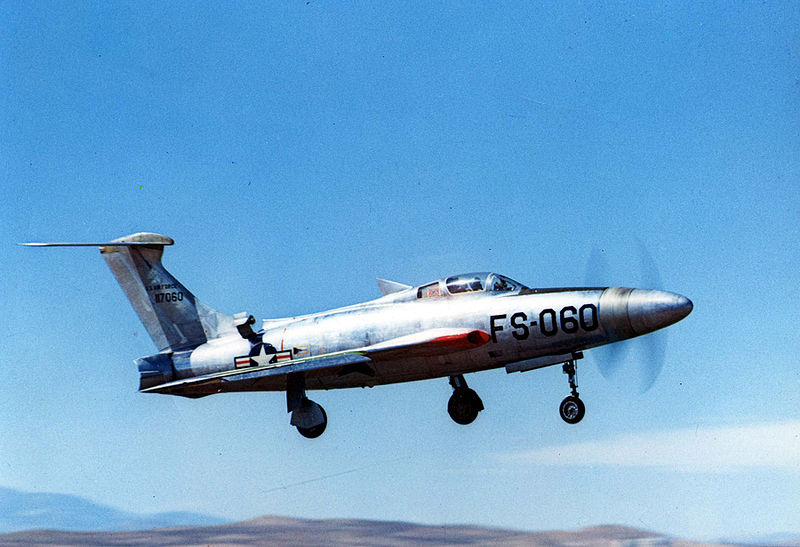 1917 – Death of John Edward Sharman, Canadian World War I flying ace; he is killed in action in his Sopwith Triplane by a direct hit from anti-aircraft fire.

1940 – The first aircraft shot down by a fighter guided by its own airborne radar is a Dornier Do 17; it is hit by a Bristol Blenheim Mk.IF at night over the English Channel.

1955 – First flight of the Republic XF-84H “Thunderscreech” (shown), an American experimental turboprop aircraft derived from the F-84F Thunderstreak; it is powered by a turbine engine mated to a supersonic propeller.

1973 – Pan Am Flight 816, a Boeing 707, crashes into the sea 30 seconds after taking off from Faa’a International Airport in French Polynesia; only a single passenger of 79 people aboard survives.